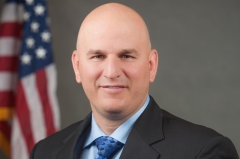 The “root causes” cited by Harris during her visit to Guatemala on Monday – such as poverty, extreme climate and violence – all plagued people in South American countries under Trump, Judd told Fox & Friends First.

But, the Biden Administration has chosen to forsake American citizens living on the border in order to pander to Democrats’ base, Judd said:

Words from the Biden Administration “mean nothing,” because the administration’s actions send the message that illegal immigration will be rewarded, Judd said:

“My agents and I, we live this crisis every day, we know that words mean nothing right now from this administration.

“Their actions have clearly sent the message that they’re going to release people as they come to the United States and cross the border illegally.

“And, if people know that they can violate our laws, just to be rewarded, they’re going to continue to come. That’s why we’ve had this explosion. That’s why we’re dealing with more people than we’ve ever dealt with before in the history of the Border Patrol.”