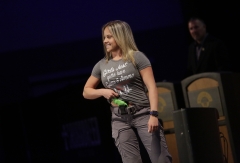 On Friday, the day after the Supreme Court ruled it is unconstitutional for states, like California, to use a “proper cause” standard to deny concealed carry permits, California’s attorney general instructed attorneys and law enforcement to, instead, employ a “good moral character” requirement as justification for denying permits.

“[B]ecause the Court’s decision in Bruen does not affect the other statutory requirements governing public-carry licenses, issuing authorities must still require proof that (1) ‘the applicant is of good moral character.’”

What’s more, an applicant’s “character and temperament” can be used to determine “moral character” and deny a concealed carry permit, AG Bonta advises:

“[I]n assessing whether an applicant has established ‘good moral character,’ issuing authorities should recognize that Bruen does not eliminate the duty or authority of local officials to protect the communities that they know best by ensuring that licenses are only issued to individuals who—by virtue of their character and temperament—can be trusted to abide by the law and otherwise ensure the safety of themselves and others.”

Bonta advises that “Legal judgments of good moral character can include consideration of” a number of extremely subjective factors, such as:

“This strikes me as clearly unconstitutional under the First Amendment, even apart from the Second Amendment,” Volokh writes. “[T]he exercise of an individual constitutional right generally can't be conditioned on the rightsholder's submitting ‘personal references.’”

“The government can't restrict ordinary citizens' actions—much less their constitutionally protected actions—based on the viewpoints that they express,” Volokh explains.

What’s more, the government can’t deny permits based on perceived endorsement of ”‘hatred’ (a potentially extraordinarily broad and vague term) and ‘racism’ (a term that, especially in much recent usage, is likewise highly broad and vague),” Volokh writes.

The “fiscal stability” requirement is especially problematic, since it discriminates against the poor, he notes.

“It seems clear to me that the viewpoint-based criteria that the AG's office is recommending would violate both the First and Second Amendments, and some of the other criteria would violate the Second,” Volokh concludes.