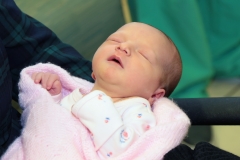 A bill making its way through the California legislature has been dubbed the “Infanticide Bill” by opponents and legal experts who say it would decriminalize the killing of babies after birth.

A March 21, 2022 article by the California Family Counsel was one of the first to sound the alarm about the infanticide threat posed by the bill:

“The proposed legislation would shield a mother from civil and criminal charges for any ‘actions or omissions’ related to her pregnancy, ‘including miscarriage, stillbirth, or abortion, or perinatal death.’ Although definitions of ‘perinatal death’ vary, all of them include the demise of newborns seven days or more after birth.”

The article quotes the following legal experts, all based in California, who contend that AB 2223 would essentially legalize infanticide:

Minor amendments to the bill, such as adding a “pregnancy-related cause” qualifier have not alleviated concerns, because of their ambiguity, which might excuse infanticide if a child survives an abortion or a mother feels her emotional health suffered as a result of giving birth to a child.

"AB 2223 now includes ‘perinatal death due to a pregnancy-related cause.’ However, according to California Welfare and Institutions Code 14134.5, the term ‘perinatal’ is defined as ‘the period from the establishment of pregnancy to one month following delivery.’

"The California Catholic Conference opposes AB 2223 unless amended to definitively exclude infant death due to abuse or neglect."

Likewise, as the Christian Broadcast Network (CBN) reports, California Family Council President Jonathan Keller says that, if this bill passes the state legislature, it will be "open season on unwanted newborns" in the state:

"For years, pro-life advocates have argued there is no moral difference between ending a child's life days before birth or days after birth. California's pro-abortion legislators now seemingly agree.

"A political culture that justifies killing millions of children in the womb is now declaring open season on unwanted newborns. Every Californian must oppose this heinous bill."

"If this barbaric bill is enacted, there will be no criminal or civil liability for the mother or those who assist her with killing her baby post-birth," National Center for Law and Policy President Dean Broyles told CBN.

The inclusion of “Perinatal death due to a pregnancy-related cause” just adds “an utterly meaningless, vague and overbroad clause,” Right to Life League Attorney Susan Arnall says:

“A mother, her boyfriend or, for that matter, the babysitter, can starve or beat or shake a three-week-old baby to death and no one can investigate because under (the bill) it is a ‘perinatal death.'”

“But, even more obvious is the attempt of the legislature to shield women and those who assist and aid them in self-performed abortions from having to provide medical attention – or any attention – to babies born alive after botched abortions.”