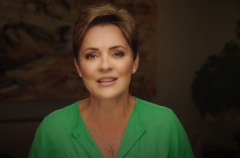 “Sadly, journalism has changed a lot since I first stepped into a newsroom – and I’ll be honest: I don’t like the direction it’s going,” Emmy award-winning News Anchor Kari Lake says in a video explaining why she’s quitting a successful 22-year career with Arizona television station KSAZ Fox-10.

The media’s bias, dishonestly and encouragement of fear and division has robbed her of the pride she once took in her profession, Lake says in a video she posted on her Rumble account on Monday:

“The media needs more balance in coverage and a wider range of viewpoints represented in every newsroom, at every level and in each position.

“In the past few years, I haven’t felt proud to be a member of the media. I’m sure there are other journalists out there who feel the same way. I found myself reading news copy that I didn’t believe was fully truthful – or only told part of the story.

“And I began to feel that I was contributing to the fear and division in this country by continuing on in this profession. It’s been a serious struggle for me and I no longer want to do this job anymore. So, I’ve decided the time is right to do something else and I’m leaving Fox 10.”

“Not everyone is dedicated to telling the truth. But, thankfully, many of you have figured that out,” Lake says.

“I know God has my back and will guide me to work that aligns with my values,” she says.

Lake had been under assault by the liberal media for daring to interview then-President Donald Trump last year, and for sharing her views on social media platforms like Parler and Gab, the Arizona Daily Independent reports:

“In early 2020, Lake was criticized by a small but loud group in what appeared to be a coordinated social media attack following a one-on-one interview with President Donald Trump. She also experienced negative pushback for having a social media presence on Parler and Gab, even though she also has a strong following on more liberal platforms such as Facebook and Twitter.”

Lake tells The Independent that she believes the media attacks on her are intended to intimidate other honest journalists who want to report fair and balanced news.

Still, Lake says she harbors no anger towards reporters who are preoccupied with tearing other people down – and losing audience in the process:

“They are tuning it all out and you see it in dropping subscriptions for some of these publications,” she said. “Once you’ve lost the news consumer’s attention, it is hard to get it back. I hold no anger toward them. I truly feel sorry for some of these reporters who have a preoccupation with tearing people down.”