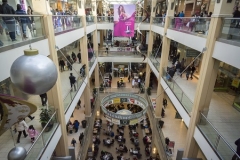 On Thursday, the U.S. Bureau of Economic Analysis (BEA) announced that the nation’s Gross Domestic Product (GDP) had contracted – but, just a day earlier, media and economists were predicting that it had grown.

As Thursday’s BEA report explains, GDP contracted for the second consecutive quarter in the April-June period:

On Wednesday, however, Bloomberg was still promoting predictions of growth. In “US Economy Seen Narrowly Averting Back-to-Back Contractions,” Bloomberg reported that “Second-quarter GDP forecast to rise 0.4% after 1.6% drop” and that only about “a third of economists said GDP declined.”

Likewise, on Wednesday, CNBC reported “Second-quarter GDP forecast to rise 0.4% after 1.6% drop.” However, CNBC was somewhat more cautious in its report, running the headline: “The economy is expected to have barely grown last quarter and it may have contracted.”:

“The estimates show the economy may have grown by several tenths of a percent. Goldman Sachs expects a 1% increase, while Moody’s Analytics sees a 1% decline.”

Still, CNBC highlights forecasts by economists with companies like Goldman Sachs, JP Morgan, and NatWest Markets who expected GDP to grow by as much as 1.6% in the second quarter, some of whom even raised their growth forecasts on the eve of Thursday’s BEA report.