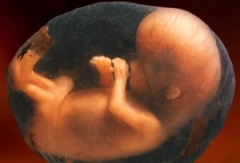 (This story has been corrected: A previous version of this story cited reports that incorrectly said Boston Children's Hospital provides hysterectomies to minors.)

Many children in the womb are aware that they are transgender, a psychologist at one of the nation’s top-rated children’s hospitals says.

In a video posted on the Boston Children’s Hospital YouTube page, Kerry McGregor, PsyD, a psychologist with the hospital’s Gender Multispecialty Service (GeMS), makes the claim that children in the womb are sentient enough to choose a gender other than that dictated by biology:

“So, most of the patients that we have in the GeMS clinic actually know their gender, usually, around the age of puberty.

“But, a good portion of children do know as early as, seemingly, from the womb.”

On Monday, after the video went viral, Boston Children's Hospital switched its YouTube setting for the video to "Private." However, social media had already captured and posted the video, so it can still be viewed on platforms, like Twitter.

“A good portion of children do know as early as from the womb” that they are transgender.

At Boston Children’s Hospital “we see a variety of young children all the way down to ages 2 and 3.” pic.twitter.com/BIatsHFdkS

Some children will begin verbally declaring their chosen gender “as soon as they can talk,” McGregor says:

The clinic will even “do a gender assessment” on children, some as young as two years old, McGregor says:

“So, in the GeMS clinic, we see a variety of young children all the way down to ages two and three – and, usually, up to the ages of nine. When they come into the clinic, they’ll see one of our psychologists and we’ll be talking to them about their gender.”

“There are quite a few resources in the GemMS program at Boston Children’s that parents can tap into. One of them is coming to see a psychologist, such as myself, to meet with them individually and talk about resources and do a gender assessment with their child and determine things that they can do to be more supportive and ensure their child is growing up to be a happy and healthy young adult.”

Billing itself as “the first pediatric center in the country dedicated to the surgical care of transgender patients,” Boston Children’s Hospital (BCH) provides “a full suite of surgical options for transgender teens and young adults.”