Greg Gutfeld: ‘Elon Musk is Pissing Off All the Right People’ 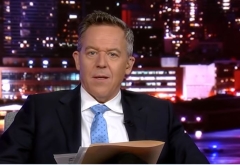 “Once again, Elon Musk is pissing off all the right people,” Host Greg Gutfeld said Thursday, in the opening monologue of Fox News Channel’s “Gutfeld!”

"Once again, Elon Musk is pissing off all the right people. At first, it was Hollywood, everyone and their coke dealer, either threatening to leave Twitter or left Twitter because they couldn't handle all the free speech.”

“The only speech they can handle is usually the script someone else wrote for them,” Gutfeld mocked. “This week you got (actor)Jim Carrey tweeting that he's leaving. Good, don't let the door hit you and your talking ass on the way out," Gutfeld said, referring to a scene Carrey performed in his movie, "Ace Ventura: Pet Detective."

“Then it was the far-lefties like AOC (Rep. Alexandria Ocasio-Cortez), Gutfeld said, taking on the radical “Squad” member and theatrical Democrat New York congresswoman:

“Every other tweet from her was like a deranged note a crazy ex would leave on your bedroom mirror in lipstick. You know, I should know — it has happened to me a couple of times.”

“Now it's Antifa,” Gutfeld said, recalling how Musk has suspended the group for tweets inciting violence.

“They were kicked off Twitter faster than you can say, ‘How do you like that, you non-showering, Marxist-loving, yellow-bellied scum buckets?’” Gutfeld quipped.