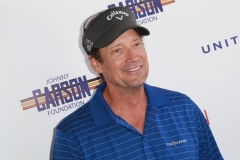 “Isn’t this the industry that always screams for tolerance and freedom of speech?” conservative actor Kevin Sorbo asks.

“I find it amazing that a place like Facebook has more power than our government, apparently,” Sorbo told Fox News this week, discussing how the social media platform banned him as part of liberals’ Cancel Culture censorship movement:

“And the government allows them to do what they’re doing right now in terms of just cancelling people they don’t agree with on their own politics, or whatever it may be, religious, non-religious. Whatever it is.”

Hollywood’s censorship of both Christians and conservatives makes him feel like “a double-leper,” Sorbo said:

“And, being a Christian and a conservative in Hollywood, that’s kind of like being a double-leper. So, I’ve got my own battle to deal with. And, thank God for independent movies, otherwise I wouldn’t have a career right now.”

Sorbo says he doesn’t understand how an industry that says it support tolerance and free speech actually practices neither:

“My agent and my manager, both behind closed doors, tell me, ‘We can’t do it anymore because of the things you say.’

“And, I’m going, ‘Wow. isn’t this the industry that always screams for tolerance and freedom of speech? But, apparently, those things are all one way streets.”

“I love the industry. I don’t harbor all that hate and anger that the left harbors against people that are on the right. I don’t get it.”