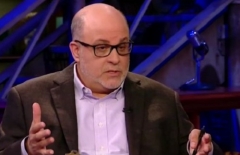 “The moderator’s liberal bias was obvious in the nature of many of the questions, as was his dislike of the president,” political pundit and Constitutional scholar Mark Levin said in his analysis of Tuesday night’s presidential debate between President Donald Trump and his Democrat challenger, Joe Biden.

Fox News debate moderator Chris Wallace’s bias was apparent, not only in his questions, but also in the way he allowed Biden to “get away with whoppers,” Levin wrote in his Facebook analysis:

“The moderator’s liberal bias was obvious in the nature of many of the questions, as was his dislike of the president when he’d get into arguments with the president over policy while mostly letting Biden get away with whoppers.”

Levin called out Wallace for neglecting to challenge or correct at least four Biden “whoppers”:

“It seemed like none and certainly little of his correcting or challenging was aimed at Biden or, even worse, he’d insert his views into the questioning and follow up,” Levin observed.

On Twitter, Levin blasted Wallace for allowing Biden to resort to personal attacks against Trump:

“Biden got away with endless lies and cheap shots.”