As November’s midterm elections approach, the legacy media continue to obsess over issues important to liberal ideology, but American voters are more concerned about issues that affect their everyday lives, a new Rasmussen Reports analysis reveals.

“What a disconnect,” Rasmussen (@Rasmussen_Poll) tweeted Wednesday, releasing survey results showing that the issues voters say are the most important to them aren’t the issues that dominate news reports.

The tweet lists the “Top Voter Midterm Issues” and the “U.S. Legacy Media Top Midterm Issues,” both of which are ranked by the percentage of U.S. likely voters reporting an interest in each particular issue.

But, voters are much less concerned about topics – like Democrats’ Capitol riot investigation (57%), LGBTQ issues (42%) and climate change (62%) – that are dear to the hearts of liberal, legacy media. 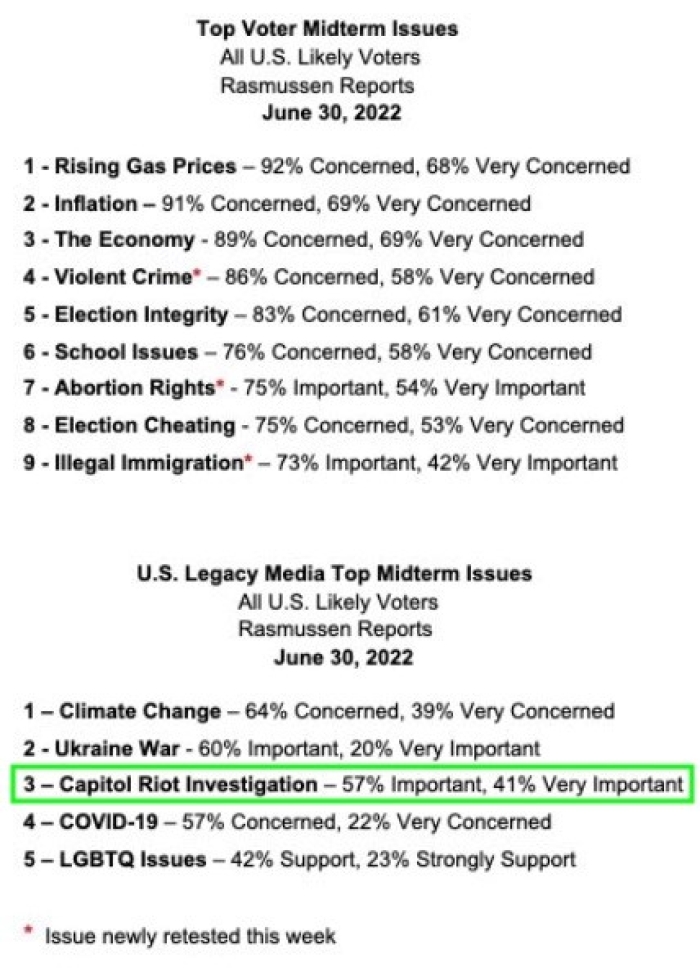 The lists are based on results from several recent surveys, the last conducted on June 30, each of which asked likely voters about a single, specific issue, such as “How concerned are you about rising gas prices?” In a few cases, voters were asked about their “support” for an issue, or the importance of it, rather than their “concern” about it.