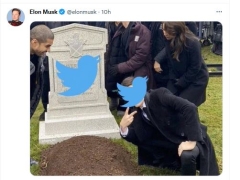 Despite all of his anti-free speech critics, billionaire entrepreneur Elon Musk is having fun posting on his newly-purchased social media platform, Twitter.

Late Thursday night, Musk tweeted a photo-shopped picture of a “Twitter” logo-emblazoned tombstone, with four people standing around it - one making the “V for Victory” sign with his hand.

Earlier in the evening, Musk cheerfully posted an announcement that “we just hit another all-time high in Twitter usage lol.” 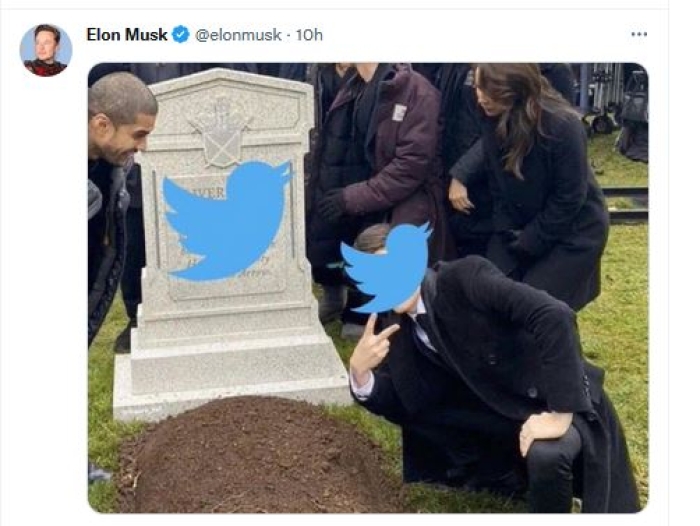 On December 22, 2018, Musk tweeted that wanted his gravestone to read: “invented car fart.”

Musk was apparently referring to a Tesla software update created a few months earlier that enabled the car to make farting noises, upon command.

And, earlier this year, a viral video appeared to show a Telsa’s dashboard display revealing “ghosts” as the car drove through a graveyard.