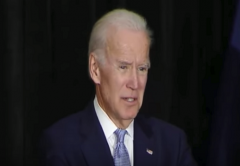 President Joe Biden’s $2.25 trillion infrastructure plan has only about half the support from the American public than did his $1.9 trillion COVID relief bill he signed last month, results of a new national survey by CNBC shows.

The difference between those who support the bill (36%) and those who oppose it (33%) is within the survey’s 3.5% margin of error, CNBC reports, announcing the results of its All-America Economic Survey of 802 Americans. Another 31% said they didn’t know enough about the bill to voice an opinion on it.

While they support some of the overall goals of the bill, a majority of Americans fear that the government spending will drive up the nation’s deficit, CNBC reports:

However, another question found that more opposed the general principle of increasing corporate taxes (46%) – because doing so would cost jobs and raise prices – than said that higher rates are needed (43%) because companies “do not pay their fair share.”