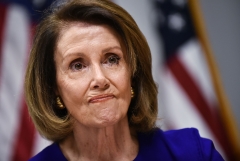 More than twice as many U.S. voters say members of Congress care more about what the media think than say they think voters take priority, a new national survey by Rasmussen Reports shows.

“What matters more to the average member of Congress – what voters think or what the media thinks?” Rasmussen asked 900 likely voters in a poll conducted June 22-23, 2021.

Fully 59% of voters say their House and Senate representatives are more concerned about media, while 29% say they prioritize their constituents. Another 12% aren’t sure.

It’s not just that members of Congress prioritize media over constituents, 62% of voters say that these politicians don’t care at all what their constituents think.

Asked, “Do most members of Congress care what their constituents think?” just 21% say “Yes,” about a third as many as say “No,” while 17% aren’t sure.

Voters are somewhat more optimist that their representatives care what they, personally, think. Still, 49% say “No,” more than both the 35% who say “Yes” and the 17% who aren’t sure, when asked “Does your representative in Congress care what you think?”