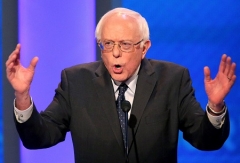 Less than half of Democrat voters believe that Capitalism “is a better system” than Socialism, a new Rasmussen survey finds.

But, among Democrats, just 46% favor Capitalism, compared to 84% of Republicans and 66% of other political affiliations. Only 2% of all U.S. voters who “strongly disapprove” of Democrat President Joe Biden say Socialism’s a better system, while 26% of those who strongly approve of Biden prefer Socialism.

Democrats are far more likely than Republicans to think that the current U.S. economy is a “free market economy,” rather than a “Socialist economy.” Fully 75% of Democrats consider the U.S. economy to be either “generally” (41%) or “partially” (34%) free market.

Conversely, barely half (51%) of Republicans say today’s economy is either generally (18%) or partially (33%) free market. Among all voters, 28% say the economy is generally free and 33% consider it partially so, while 30% see it as being either somewhat (23%) or mostly (7%) driven by socialism.

By age, the youngest U.S. voters are the most likely to believe Socialism is superior to Capitalism. Thirty-one percent (31%) of voters 18-39 years old pick Socialism, compared to 13% of those 40-64 and just 9% of those 65 years and older.

Less than half of those 18-39 (48%) favor Capitalism, compared to more than seventy percent of older Americans.