U.S. Has Less Trust in Search Engines than Any Other Country, Edelman’s Global Survey Finds 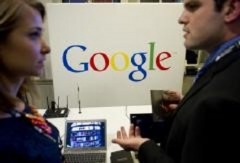 U.S. citizens are more distrusting of the information they get from search engines than are those of any other nation surveyed in Edelman's 22nd annual global Trust Barometer.

That’s the least trust in search engines of any of the 28 countries surveyed, followed by Japan and Australia (both 47%). Globally, 59% of people say they trust the news and information provided by search engines.

As NewBusters has reported, a 2019 study by Columbia Journalism Review found that, out of the top 20 search results in Google’s “Top Stories,” the search engine referred nearly three times as many users to CNN as they did to Fox News – even though Fox News had far more viewers – and that results provided by Google snubbed every conservative news outlet except Fox.

The U.S. is also one of the least-trusting countries regarding the information coming from “traditional media.” Just 43% of Americans say they have confidence in what they’re being told, behind only Russia (35%) and Japan (39%). Like the U.S., 43% of South Koreans believe what traditional media tell them. Globally, a majority (57%) of people trust traditional media.

Americans’ distrust of all types of “media” taken together grew, according to the latest survey. Only 39% of Americans now say they have faith in what they’re being told, down from 45% in the previous survey. Only six of the 28 countries surveyed show less trust than the U.S. in the latest study.

A record-high 74% of Americans say they “worry about false information or fake news being used as a weapon,” up from 72% the previous year.