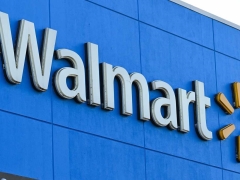 Soft-on-crime prosecutors and policies are forcing Walmart stores nationwide to either close or raise their prices, Walmart CEO Doug McMillon said Tuesday – and other retail chain stores are facing a similar problem.

Theft at stores has reached an historically high level, Walmart CEO Doug McMillon said in an interview with CNBC’s “Squawk Box.” McMillon blamed the lax approach from prosecutors in many regions of the country, warning that “If that’s not corrected over time, prices will be higher, and/or stores will close.”

Walmart isn’t alone. At Target stores, shoplifting has increased approximately fifty percent, reducing the chain’s gross margin by more than $400 million from last year, with profit losses projected to hit $600 million by the end of the company’s fiscal year.

The growing problem has gotten so bad, that retailers like Home Depot, Best Buy and CVS appealed to Congress for help, apparently, to no avail. As Fox News reported last December:

Indeed, the rise in theft has been worse in some areas than in others.

California, with its soft-on-crime Proposition 47 measure, serves as a prime example.

Police criticize California’s Proposition 47 measure as “a get-out-of-jail-free card” for criminals who know how to trick the system by limiting their theft to $950 per store, per visit. Some criminals will even use children to shoplift, knowing that they are even more unlikely to be prosecuted by liberal prosecutors.

Despite increased security, theft at Walgreens stores in San Francisco has skyrocketed, forcing store closures. And, as The Daily Mail has noted, soft-on-crime policies are to blame:

“These lax bail reform laws in often-liberal cities, including New York and San Francisco, mean there is virtually no penalty for the thieves who carry out the crimes.

“Without any threat of a jail sentence, the crooks are released back out onto the streets and able to reoffend - often on the same day of their original arrest.”

San Francisco has, reportedly, become “a shoplifter’s paradise,” since theft of less than $950 has been, essentially, decriminalized.

“A number of convenience stores in the Philadelphia region are closing up shop due to an increase in brazen shoplifting incidents,” local station ABC 6 reports:

"Right now we have a lot of problems with the city of Philadelphia. We are closing left and right," said Manzoor Chughtai, the president of the Franchise Owners Association. "Robbers are coming in, they're just robbing the place left and right."