Over the weekend, two Catholic priests were killed in Nigeria, Fr. Vitus Borog of the Archdiocese of Kaduna, and Fr. Christopher Odia of St. Michael Catholic Church in Ikabigbo, who was kidnapped and then killed, reported the Catholic News Agency.

This latest violence follows a June 5 attack on a Catholic church in southwestern Nigeria, in which at least 50 people, including women and children, were slaughtered while attending Mass.

Fr. Odia, 41, was kidnapped in the morning of June 26 while on his way to Sunday Mass, and later killed by his abductors. He was 41 years old and principal of St. Philip Catholic Secondary School, as well as administrator of St. Michael’s Church. The abductors also killed an altar server and vigilante who followed them. 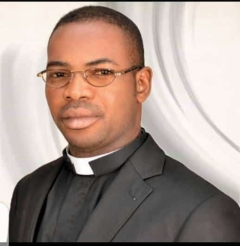 Fifty-year-old Fr. Vitus Borogo served as the chaplain for Kaduna State Polytechnic and was the chairman of the Nigerian Catholic Diocesan Priests Association (NCPDA). He was murdered on June 25 at Prison Farm, Kujana, after gunmen, still unidentified, raided the farm.

Fr. Peter Egielewa, director of social communications of the Auchi diocese, said in a statement,

“With heavy hearts but with total submission to the will of God, we announce the death of our priest, Rev. Fr. Christopher Odia, who was killed by his abductors after being kidnapped this morning, 26 June 2022, at about 6:30 am in his rectory.”

Fr. Christian Emmanuel, chancellor of the Kaduna diocese, issued a statement saying, “It is with a heavy heart, but with total submission to the will of God that we announce the death of Rev. Fr. Vitus Borog, which sad event took place today (Saturday), at Prison Farm, Kujama, along Kaduna-Kachia road, after a raid on the farm by terrorists.”

The June 5 attack occurred at St. Francis Catholic Church in southwestern Nigeria where the assailants used explosives and firearms.

Reuter reported, “Streaks of blood on the floors and walls, sandals abandoned in a desperate rush to escape, a well-thumbed Bible lying among shards of glass. Those were some of the disturbing sights inside St. Francis Catholic Church in the Nigerian town … after unknown assailants attacked the congregation with guns and explosives during Sunday mass, killing and injuring dozens of people.”

Lawmaker Ogunmolasuyi Oluwole stated, “In the history of Owo, we have never experienced such an ugly incident. This is too much.”

Ondo Governor Rotimi Akeredolu said, “Our hearts are heavy. Our peace and tranquility have been attacked by the enemies of the people.”

Muhammadu Buhari, the president of Nigeria, condemned the incident as the “heinous killing of worshippers.”

“Only fiends from the nether region could have conceived and carried out such dastardly act,” he stated, “No matter what, this country shall never give in to evil and wicked people, and darkness will never overcome light. Nigeria will eventually win.”

In early June, gunmen also attacked a Baptist church and a Catholic church in Kaduna, kidnapping more than 30 worshippers and murdering three people.

According to the Catholic News Agency (CNA), “More Christians are killed for their faith in Nigeria than in any other country worldwide.”

Christian Post states that many Nigerian Christians live with an ever-present fear of violence as a result of their beliefs.

Christian clergyman Ugochukwu Ugwoke said, “At home people do not sleep with two eyes closed because of the fear of being attacked by gunmen. Today is the third day since the attack on the innocent worshippers of St. Francis Catholic Church took place, yet no arrest has been made. It is surprising that an attack of such magnitude happened … and the terrorists just strolled out of the town without any trace. Nowhere is safe, be it at home, in the market, in the streets, in the farms and even in the house of God.”

Open Doors International reported on March 3 that, on average, every two hours a Nigerian Christian is killed for their faith.

“That’s nearly 13 Christians a day and 372 Christians a month … more Christians were murdered for their faith in Nigeria than in any other country,” the report said. “Last year, Nigeria accounted for nearly 80% of Christian deaths worldwide, with more than 4,650 believers killed.”