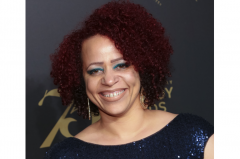 On Tuesday, July 6, the architect of the infamous 1619 Project, Nikole Hannah-Jones, announced to CBS This Morning her decision to decline the University of North Carolina’s offer for tenure, after initially being denied it, and accept a position at Howard University as a chaired professor.

“I’ve decided to decline the offer of tenure. I will not be teaching on the faculty of the University of North Carolina at Chapel Hill,” Hannah-Jones told CBS’s Gayle King.

JUST IN: Award-winning journalist @nhannahjones reveals on @CBSThisMorning she has declined the University of North Carolina's offer for tenure and will be the inaugural Knight Chair in Race and Reporting at @HowardU. pic.twitter.com/w9j0gVe0cd

“Instead, I’m going to be the inaugural Knight Chair in Race and Journalism at Howard University,” she added.

In a statement issued by the NAACP Legal Defense and Educational Fund on Tuesday, Hannah-Jones said the tenure ordeal was “deeply painful.”

She further said, “The only bright light has been all of the people who spoke up and fought back against the dangerous attack on academic freedom that sought to punish me for the nature of my work, attacks that black and marginalized faculty face all across the country.”

In 2020, a group of historians sent a letter to The New York Times to express their “deep concern” over the shortcomings of The 1619 Project.

According to the letter, The 1619 Project “offers a historically-limited view of slavery.”

The group called out Hannah-Jones for her “problematic treatment of major issues,” particularly her insistence that capitalism was to blame for slavery.

“We do not believe that the authors of The 1619 Project have considered these larger contexts with sufficient seriousness, or invited a candid review of its assertions by the larger community of historians,” they wrote.

Hannah-Jones was initially approved for tenure unanimously at UNC-Chapel Hill.  However, when The 1619 project she authored was revealed to contain historical inaccuracies, the school received backlash.

Upon news of her hire, The James G. Martin Center urged UNC to reform its practices and require that the Board of Trustees approve faculty appointments. They warned that if this system was left unchecked, “the public should expect to see more ‘Hannah-Jones’ hires in the future.”

UNC’s Board of Trustees later denied tenure to Hannah-Jones after holding a vote, reported The Daily Caller. This wasn’t the end, however, as she was approved for tenure by the Board of Trustees on June 30 in a reversal of their original decision.

But as she told CBS This Morning, “I’ve decided to decline the offer of tenure. I will not be teaching on the faculty of the University of North Carolina-Chapel Hill.”

In U.S. News & World Report's  analysis of competitiveness and costs, UNC-Chapel Hill is ranked 28th in the country and Howard University is ranked 80th.

Nikole Hannah-Jones was awarded a Pulitzer Prize for Commentary for her work on The 1619 Project, despite its egregious historical errors.