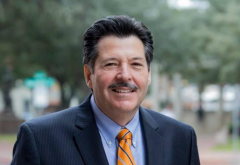 While President Joe Biden works on “Building Back Better,” Southern border towns combat the waves of immigrants flooding their cities, and Laredo, Texas Mayor Pete Saenz, a Democrat, has had enough, reported the Washington Free Beacon.

“We’re spending billions of dollars on alternative things, but immigration isn’t given a priority,” said Saenz. “Border Patrol isn’t being funded to the extent that Border Patrol has to be funded. Their workload has increased to three times or four, and yet they’re not funded.”

While thousands of Haitians and other migrants stream over the Southern border, Biden and House Speaker Nancy Pelosi are working to pass the $3.5 trillion Build Back Better Act, which focuses on lowering health care costs, battling climate change, and creating jobs, but ignores the crisis at the border.

“The border’s not secure and hasn’t been for a while,” Saenz said. “We can’t continue this way, and I really haven’t seen any measures yet from Washington to remedy this.”

Saenz explained how he told Donald Trump in 2015 that building a wall was impractical. But now, Laredo residents are growing impatient waiting for the Biden administration to fix this problem.

“We need to truly secure the border,” Saenz said. “It was working under Trump -- call it whatever you want to call it -- but it was working.”

Two weeks ago, nearly 11,000 immigrants gathered under the International Bridge in Del Rio, Texas, waiting to gain asylum into the U.S., and more migrants have continued their journey through Mexico.

Small Texas towns, like Laredo, have been overwhelmed with illegal aliens for months, Saenz said. Without federal assistance, it has been up to the border town’s resources to provide humanitarian aid, medical services, and transportation for the incoming migrants.

“It’s really an embarrassment for us as a country now. You know we can do so much better,” Saenz said.