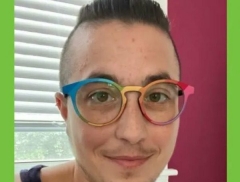 Old Dominion University in Norfolk, Va., placed an assistant professor on administrative leave after the educator said it was not immoral for adults to be sexually attracted to minors in an interview.

Assistant professor of criminal justice and sociology at ODU, Allyn Walker, Ph.D., discussed his research on “minor-attracted persons” on Nov. 8 with the Prostasia Foundation, a child protection organization that focuses on human and civil rights and sex positivity.

“The controversy over Dr. Walker’s research has disrupted the campus and community environment and is interfering with the institution’s mission of teaching and learning,” reads ODU’s statement.

“I want to be clear: child sexual abuse is morally wrong and an inexcusable crime,” Walker said in a separate statement. Walker uses the pronoun “they” to refer to himself.

Video clips of Walker’s interview have become viral and drew large amounts of both positive and negative attention on Twitter. Some sociologists expressed support for Walker’s research, while others criticized him for seeming to normalize pedophilia.

“Holy crap. What the hell is wrong with Old Dominion University,” Senator Ted Cruz (R-Tex.) tweeted alongside a segment from Walker’s interview.

During the controversial interview, Walker described how the stigmatism around minor-attracted persons was misplaced because as long as they don’t act on these attractions, these individuals are doing nothing wrong.

“A lot of people, when they hear the term pedophile, they automatically assume that it means a sex offender,” Walker explained. “That isn’t true and it leads to a lot of misconceptions about attractions towards minors.”

A pedophile is defined as “a person who is sexually attracted to children,” according to Oxford Languages.

Walker described how using the term pedophile can make this group of people think they are monsters, which causes them to be isolated, and makes them more vulnerable to committing an offense against a minor.

“Using a term that communicates who someone is attracted to doesn’t indicate anything about the morality of that attraction,” Walker said. “From my perspective, there is no morality or immorality attached to attraction to anyone because no one can control who they’re attracted to.”

"In other words, it’s not who we’re attracted to that’s either okay or not, okay," said Walker. "It’s our behaviors and responding to that attraction that are either okay or not okay. And I want to be extremely clear that child sexual abuse is never ever okay. But having an attraction to minors as long as it isn’t acted on, doesn’t mean that the person who has those attractions is doing something wrong."

Walker continued to explain the majority of minor-attracted persons don’t feel urges or temptations to act on this attraction. However, there are strategies they can take, if they believe they may engage in offensive behavior.

MAPs can attend therapy with someone who understands the nature of this attraction, rely on friends or family to keep them accountable when they’re around children, or avoid situations where minors will be present.

“These are people who have an attraction that they didn’t ask for and, frequently, they would give anything to change,” Walker said. “But they find that they’re unable to change those attractions.”

“The measures we take to combat child sexual abuse (CSA) are less effective than they should be because they are driven by emotion rather than evidence,” Prostasia’s website reads. “In striving to protect children from abuse, we may end up harming them and others.”