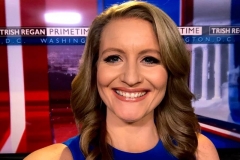 Attorney, author, and former legal adviser to the Trump campaign Jenna Ellis said she agreed with pro-life activist Abby Johnson that conservatives need to defend marriage as being between one man and one woman for life, that there are only two genders, male and female, and that conservatives do not need "to create too broad of a tent" politically.

Ellis, author of The Legal Basis for a Moral Constitution, made her remarks in an interview with LifeSiteNews at the Conservative Political Action Conference (CPAC) on Feb. 27. Prior to that interview, Ellis participated in a breakout session with Johnson, during which the latter said there was a "problem with the conservative movement" in not defending God's moral order in the world, and for embracing gay "marriage."

Speaking to Stephen Kokx with LifeSiteNews, Ellis said, “I think that conservatives are trying sometimes to create too broad of a tent and trying to appeal to everyone so much that they don't want to be offensive. But the truth is the truth."

"[A]s far as the transgender movement goes, there [are] only two genders," said Ellis. "God made us male and female. Marriage is between one man and one woman.”

“Conservatives need to bring conservatism to the truth of God," she said. "Abby and I had a passion to deliver that message at the panel discussion today. There is truth and there is a definition of truth that has to come from the word of God and from Scripture.”

CPAC takes place every year, and describes itself as "the largest and most influential gathering of conservatives in the world." However, CPAC permits atheists and homosexuals to exhibit their materials at the conference, e.g., Atheists for Liberty and Log Cabin Republicans. Also, this year CPAC honored the openly gay Scott Presler with its 2021 Ronald Reagan Award.