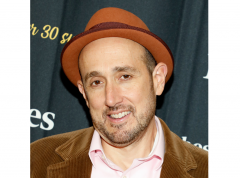 Forbes Editor and Chief Content Officer Randall Lane called on companies to not hire any of the former press secretaries of the Trump White House (and presumably any ex-Trump communications personnel) because they are "chronic liars" and must not be allowed to "cash in on their dishonesty."

"Trump’s liars don’t merit that same golden parachute," said Lane in his Jan. 7 article, which is entitled, A Truth Reckoning: Why We're Holding Those Who Lied for Trump Accountable.

"Let it be known to the business world: Hire any of Trump’s fellow fabulists above, and Forbes will assume that everything your company or firm talks about is a lie," wrote Lane.  "We’re going to scrutinize, double-check, investigate with the same skepticism we’d approach a Trump tweet. Want to ensure the world’s biggest business media brand approaches you as a potential funnel of disinformation? Then hire away."

Lane said this was not "cancel culture" and was not "politically motivated" on Forbes's part. This accountability "standard needs to apply to liars from either party," he wrote.

"In this time of transition – and pain – reinvigorating democracy requires a reckoning. A truth reckoning," said Lane.

Commenting on Lane's directive, Independent Women's Forum analyst Kelsey Bolar told Fox & Friends, "This is just the latest example of cancel culture and the great purge that we're seeing from the left and NeverTrump Republicans."

White House Press Secretary Kayleigh McEnany holds her first press conference on May 1, 2020, in the Brady Briefing Room of the White House in Washington, DC. (Photo by JIM WATSON/AFP via Getty Images)

"This [is a] dangerous cancel culture, which wants to ban any American who had the audacity to support President Trump or work in his administration from being able to do something as basic as have a new job,' said Bolar.

"The media, big tech, and corporate America are all in on this," she said. "It is a very dangerous and concerning trend. It is not going to unite the country. It is going to divide us."

It is a massive double standard, said Bolar. "This is coming from the same media that peddled the idea that the 2016 election was hijacked from the Russians," she said.

"Nancy Pelosi tweeted that the 2016 election was hijacked and faced no sort of repercussions," said Bolar. "The media partook in peddling that narrative. They don't hold themselves accountable. But yet they want to turn around and tell us that anyone who worked in the Trump administration does not deserve to have a job."