Jewish Pro-Life Foundation: 'No Difference Between 99+% of Abortions and the Ovens of Auschwitz' 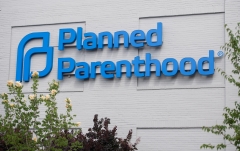 In its weekly newsletter released today, the Jewish Pro-Life Foundation sharply criticized the "abortion radicals" at the National Council of Jewish Women as sounding like Nazis in Germany who opposed closing the "concentration camps and the mass extermination of the Jews."

The Foundation also condemned abortion in general, explaining that real Judaism "in no way sanctions child murder, and that saving a life is the paramount value of Judaism."

"No difference between 99+% of abortions and the ovens of Auschwitz," reads the newsletter, written by Cecily Routman, founder of the Foundation. She then notes her organization's "unease and distress as we watch and listen and read Jewish abortion radicals protesting abortion limits." 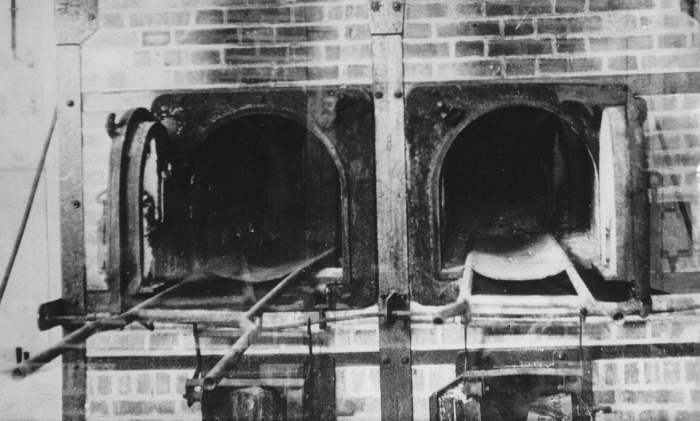 Two of the crematoria ovens at the Auschwitz concentration camp where an estimated 1.1 million people were killed during WWII. A majority, about 1 million, were Jews. (Getty Images)

"To me, they sound like Nazis in Germany opposing the liberation of the concentration camps and the mass extermination of the Jews," says Routman. "These misguided abortion radicals and their insensitive sympathizers don't recognize the need to extend 14th Amendment protection rights to children in the womb, nor do they realize that opposing legal limits on child murder might well result in no legal limits on Jewish genocide."

"After all, parasites are parasites [unborn babies or Jews], wherever they reside, and it's vitally important to exterminate them so they don't interfere with bodily autonomy or infect the gene pool," Routman sarcastically writes.

As reported on May 2, an opinion by Supreme Court Justice Samuel Alito that argues for overturning Roe v. Wade and Planned Parenthood v. Casey, was leaked to Politico. The article noted that at least four other justices support the opinion: Amy Coney Barrett, Brett Kavanaugh, Clarence Thomas, and Neil Gorsuch. 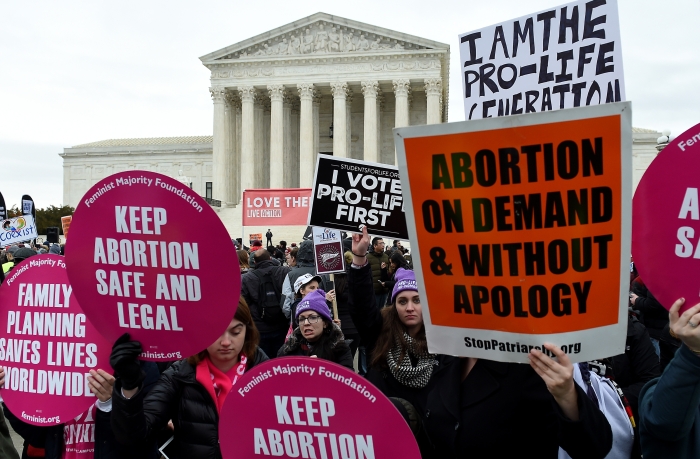 If the final, official opinion from the high court -- in the case of Dobbs v. Jackson Women's Health Organization -- overturns Roe and Casey, it would mean that abortion law would be made at the state level, as was done prior to 1973.  Overturning Roe would not outlaw abortion. Each state would set its own rules.

The pro-life newsletter then refers to the National Council of Jewish Women (NCJW), stating, that the group's "pro-abortion radicals' short-sighted interests and shameless disregard for the health and safety of babies and their mothers embarrasses us."

"We are worried, too, that their public declaration that it is a Jewish value to kill children incites Jew hatred already on the rise," reads the letter. "The power of propaganda that has dehumanized the child in the womb and redefined child murder as healthcare explains some of this madness."

On its website, the NCJW states, "Abortion access is a Jewish value, plain and simple." It also announces that the group is hosting a "Jewish Rally for Abortion Justice" on May 17 in Washington, D.C.

Some of the organizations listed as supporting the rally include J Street, J Girls+ Magazine, American Jewish World Service, Bolton Street Synagogue, and the Jewish Democratic Council of America.

The NCJW claims that "Jewish law does not consider a fetus to be alive." The group further states, "The fetus is not viewed as separate from the parent’s body until birth begins and the first breath of oxygen into the lungs allows the soul to enter the body."

However, the Jewish Pro-Life Foundation says in its newsletter, "We remind our readers, once again, that Judaism in no way sanctions child murder, and that Saving a life is the paramount value of Judaism. We were the first religion in human history to sanctify human life from conception. Our allowance for taking the unborn child's life is severely limited to the less than 1% of pregnancies that pose a serious threat to the mother's physical life." 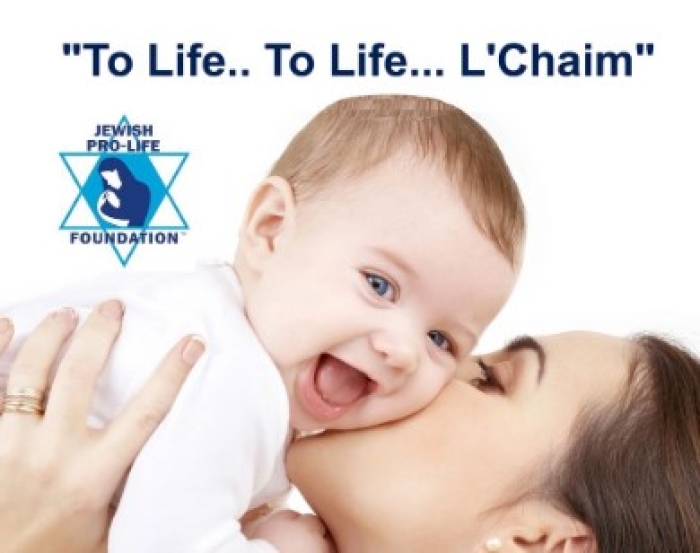 "This practical but rare exception is included every pro-life law," writes Routman. "Abortion protestors omit that fact when they scream that states will outlaw abortions, if Roe goes into the dustbin of history in where it belongs. At stake here is billions of dollars of profit from the sacrifice of human beings."

"Abortion industry profiteers manipulate clueless Jewish protesters into perpetuating the holocaust of the Jews and the ongoing genocide of millions of innocent babies," reads the letter.

In conclusion, Routman writes, "As the horror show unfolds, we offer a loving hand to anyone who has misgivings about their participation in this godless agenda. Our Jewish pro-life family extends a warm welcome to anyone who wants to come home.

"We envision a new paradigm where all life matters, where Jewish women, organizations, and rabbis use their resources to protect and defend the lives of pre-born babies, and where families and communities prosper and thrive under the grace of a merciful and forgiving God."

(According to Auschwitz.org, "Historians estimate that around 1.1 million people perished in Auschwitz during the less than 5 years of its existence. The majority, around 1 million people, were Jews. The second most numerous group, from 70 to 75 thousand, was the Poles, and the third most numerous, about 20 thousand, the Gypsies. About 15 thousand Soviet POWs and 10 to 15 thousand prisoners of other ethnic backgrounds (including Czechs, Byelorussians, Yugoslavians, French, Germans, and Austrians) also died there.")