Patton, Dec. 1944: 'Most Merciful Father ... Grant Us Fair Weather for Battle' to Crush Our Enemies

As heavy clouds and torrential rain stalled the advance of the U.S. Third Army during the Battle of the Bulge in December 1944, Gen. George S. Patton ordered the Third Army chaplain to compose a prayer for good weather to kill Germans, to "crush the oppression and wickedness of our enemies."

Stalled by the bad weather near the Saar River in western Germany, Patton called to see the chaplain, James O'Neill, on December 8, 1944. Patton asked O'Neill to write a "good prayer for the weather." 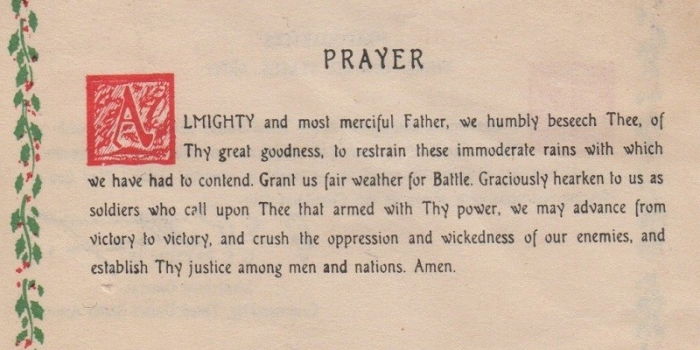 The Prayer for Good Weather. (scottmanning.com)

When the chaplain said it was not customary to write prayers for decent weather in which to kill other men, Patton, according to historian Scott Manning, replied, "Chaplain, are you teaching me theology or are you the chaplain of the Third Army? I want a prayer."

The chaplain wrote the prayer and it was printed on a small card that was distributed to the 250,000 members of the Third Army on Dec. 22.

"Almighty and most merciful Father, we humbly beseech Thee, of Thy great goodness, to restrain these immoderate rains with which we have had to contend. Grant us fair weather for Battle. Graciously hearken to us as soldiers who call upon Thee that, armed with Thy power, we may advance from victory to victory, and crush the oppression and wickedness of our enemies and establish Thy justice among men and nations."

On the backside of the card was a Christmas message from Gen. Patton. It said, 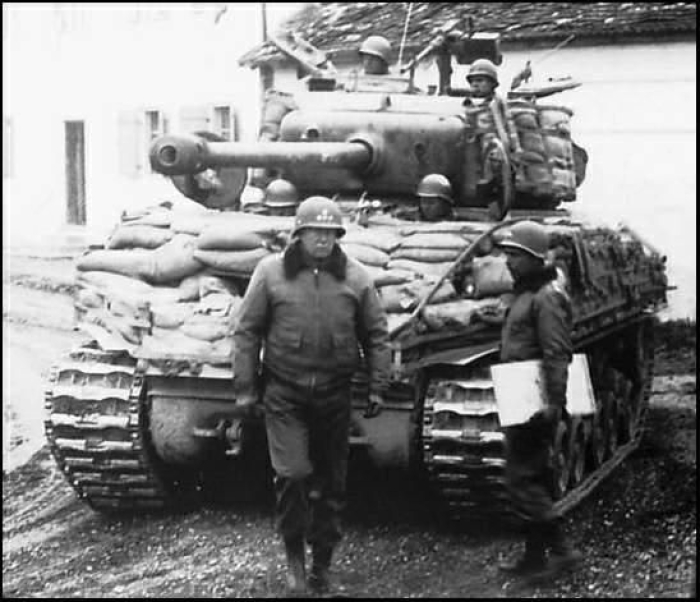 Gen. Patton in front of a U.S. Sherman tank. (YouTube)

The next day, Dec. 23, the weather cleared and stayed clear for another six days, reported Manning. During that time, Patton and the Third Army were able to push forward to help relieve the 101st Airborne at Bastogne.

Looking at the good weather, Patton remarked, "That O'Neill sure did some potent praying. Get him up here. I want to pin a medal on him."

As Manning reports, "The next day, the chaplain made it to Patton's office. He shook the chaplain's hand and said, 'Chaplain, you're the most popular man in this headquarters. You sure stand in good with the Lord and the soldiers.' Chaplain O'Neill then received a Bronze Star Medal." 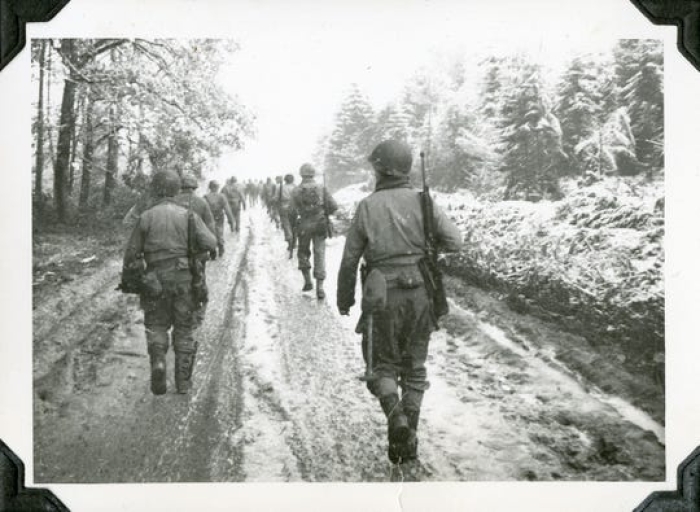 On Christmas Day, Patton wrote in his journal that the day "dawned clear and cold; lovely weather for killing Germans, although the thought seemed somewhat at variance with the spirit of the day." 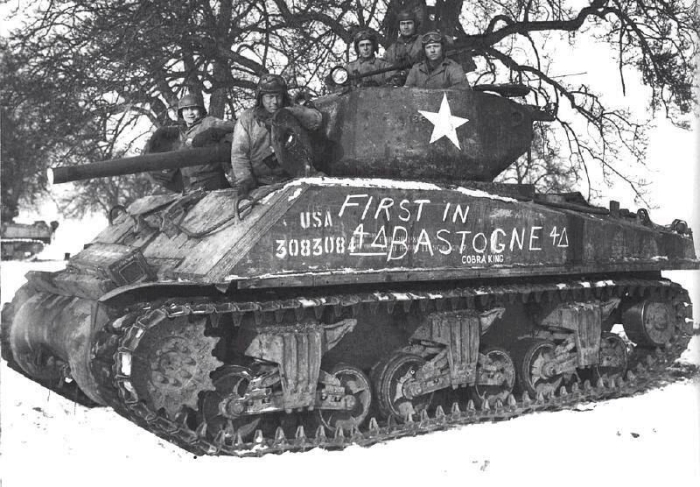