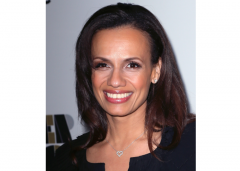 "I think abortion is health care," said Johnson in the Dec. 29 interview. "Planned Parenthood proudly serves all forms of sexual and reproductive health care, including abortion, and I think when we try to exclude it, we’re excluding a critical part of and a critical option for health care."

She was then asked, "But it is a very small part of all the things Planned Parenthood does, right?"

"Overall, certainly," said Johnson.  "But it is still a critically important part of what we do. So I think when we say, 'It’s a small part of what we do,' what we’re doing is actually stigmatizing it. Like: It’s really not a big deal that Planned Parenthood does this."

"So I don’t like to marginalize it [abortion] in that way," Johnson added.

Also, the report shows that for the year that ended June 30, 2019, Planned Parenthood received $616.8 million in government health services, reimbursements & grants. It's total revenue for that year was $1,413.2 million.