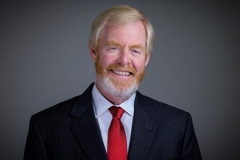 According to Brent Bozell, journalists are either “fully vested” in the radical socialism of Joe Biden or they are simply lying with their spin of the Democrat’s “bold,” “ambitious” agenda. Appearing on Varney and Co. Thursday, the MRC president declared, “What Joe Biden is recommending makes Barack Obama a piker by comparison. For them to say he was pragmatic, for them to say this was feel-good, for them to say this was bipartisan, these are lies, Stuart. These are lies.”

Calling out the complicit press, he added, “They know it. Or... if they're not lies, they're fully vested in socialism themselves. This is not a news media anymore.” He concluded, “Look, last night what did we see by any objective America sure? You saw the proposal for the greatest expansion of the federal government in the history of the United States of America.”