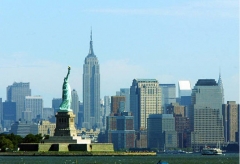 Had you enrolled your child at Harvard this year, you would be paying $54,002 in tuition and fees, according to the College Board.

But for just $53,990—or $12 less than Harvard—you could enroll a child in 6th grade at the Brearley School.

Unlike Harvard, Brearley does not occupy historic buildings along the Charles River in Cambridge. It sits instead at the end of East 83rd Street in Manhattan—above FDR drive. Unlike Harvard, it does not accept male students.

But Brearley does have a mission.

“The Brearley School challenges girls of adventurous intellect and diverse backgrounds to think critically and creatively and prepares them for principled engagement in the world,” says part of its mission statement.

“The bond among students and with their teachers is rooted in a passionate exchange of ideas and an appreciation for the unique and lively contributions of each individual,” it says.

Andrew Gutmann is the father of one of these girls, who he says "has been at Brearley for seven years, beginning in kindergarten." Nonetheless, he recently decided not to reenroll his daughter for the upcoming school year. He then sent a letter to all other parents who have daughters in the school explaining why he did so.  Reports about this letter have now appeared in newspapers ranging from the Daily Mail to the New York Times to the New York Post.

“By viewing every element of education, every aspect of history, and every facet of society through the lens of skin color and race, we are desecrating the legacy of Dr. Martin Luther King Jr., and utterly violating the movement for which such civil rights leaders believed, fought, and died,” Gutmann said in his letter. 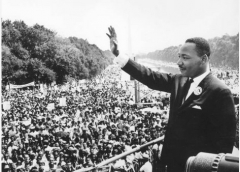 “I object to the charge of systemic racism in this country, and at our school. Systemic racism, properly understood, is segregated schools and separate lunch counters,” he said.

“We have today in our country, from both political parties, and at all levels of government, the most unwise and unvirtuous leaders in our nation’s history,” Gutmann wrote. “Schools like Brearley are supposed to be the training grounds for those leaders. Our nation will not survive a generation of leadership even more poorly educated than we have now, nor will we survive a generation of students taught to hate its own country and despise its history.”

You can read his complete letter by clicking here.