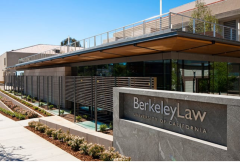 During her testimony, professor Khiara Bridges of Berkeley Law School refused to acknowledge any value at all in unborn children, instead stating, "I think that the person with the capacity for pregnancy has value and they should have the ability to control what happens."

This prompted Sen. Josh Hawley, R-Mo., to ask, "You've referred to people with a capacity for pregnancy. Would that be women?"

Hawley asked incredulously, "Your view, the core of this right is about what?" To which Bridges shot back, "I want to recognize that your line of questioning is transphobic, and it opens up trans people to violence." She then blamed Hawley for the high suicidal ideation rate of those who identify as transgender, and lectured him, "We have a good time in my class. You should join."

Hawley was of course correct that only women can have babies; women who believe they are men are still women. And the notion that suicidal ideation rates among LGBT people are the result predominantly of societal bigotry is completely evidence-free; suicidal ideation rates among LGBT people remain massively higher than among cisgender heterosexual people in San Francisco just as they would in Alabama.

The question that should trouble us, then, isn't whether men have babies. They don't. The question is why our most prestigious academic institutions now churn out privileged pseudo-intellectuals who spout utter nonsense at the drop of a hat, and do it with self-assured sententiousness.

The answer lies in the incentive structure in higher education. Our higher education system is designed to benefit claims of victimhood rooted in intersectional identity politics. That is the only way to explain just why Bridges, one of the most educationally privileged members of American society, makes a career complaining about the systemic evils of the United States.

It takes enormous gall and equal ignorance to claim that bigotry lies behind the reality of sexual dichotomy; it takes just as much gall and ignorance to claim that a country that has afforded you the opportunity to achieve a degree from Spelman College, a JD from Columbia Law School, a Ph.D. from Columbia in anthropology, and a career in classical ballet is somehow a country shot through with systemic racism.

And yet that is precisely what Bridges does for a living. Her study specializes in "race, class, reproductive rights, and the intersection of the three." Author of "Critical Race Theory: A Primer" and a self-described "critical race theorist," Bridges believes in the "rejection of legal conventions" and advocates in favor of the ideas that "racism is a normal feature of American society (and not a deviation from an otherwise fair and just status quo)" and that "traditional liberal understandings of the problem of racism and how racism will be defeated" ought to be rejected.

This, too, is nonsense. But it is nonsense cherished by the elite institutions that churn out supposed academics like Bridges. Our system of academia is irrevocably broken. Academia was originally perceived as a place of merit-based higher learning, a place in which the best and brightest formulated the most important policies.

Academia was the West's intellectual oligarchy. But if the idea behind a merit-based academic elite used to rest in the actual merit of ideas and performance, that idea was left behind long ago. Now, the self-perpetuating academic elite is happy to maintain control by paying lip service to radicals like Bridges. All that matters, in true Foucault fashion, is power.

That, presumably, is the reason why Bridges treats dissent as a form of violence — oligarchs usually do. Intellectual oligarchs are no different. And the biggest casualty is truth.

(Ben Shapiro is host of "The Ben Shapiro Show," and Editor-in-Chief of DailyWire.com. His latest book is "The Authoritarian Moment: How The Left Weaponized America's Institutions Against Dissent.")