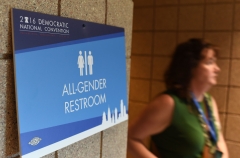 Women exist. It's true. The controversy is over. Anatomy texts settle the issue.

"Can you provide a definition for the word 'woman'?" This question was asked of Supreme Court nominee Judge Ketanji Brown Jackson during the confirmation hearings. She could not. "I'm not a biologist," she said.

It is hard to believe that as recently as a decade or two ago that this question would even be raised. But we live in strange times. Not only is our newest Supreme Court Justice not sure what a woman is — ironically she was chosen partly because the president thinks she is a woman — lots of well-educated persons are puzzled.

Alia E. Dastagir is a reporter for USA Today. "Scientists, gender law scholars and philosophers of biology said Jackson's response was commendable, though perhaps misleading." They "note that a competent biologist would not be able to offer a definitive answer either."

So who are these people? Rebecca Jordan-Young teaches at Barnard College and claims to be a scientist. She says Jackson was not nuanced enough. "I don't want to see this question punted to biology as if science can offer a simple, definitive answer." But wouldn't we punt to a dentist to explain what a root canal is? For that matter, wouldn't we punt to an auto mechanic to explain what a car is?

Sarah Richardson is a Harvard historian and philosopher of biology, and she believes that science is not best suited to define what a women is.

"As is often the case," she says, "science cannot settle what are really social questions." That's funny. When I was studying for my doctorate in sociology at NYU, I was never taught that sociology was the best suited to know what a woman is. Maybe I missed that class.

Sometimes this issue gets very messy. St. Louis University identifies as a Catholic school, yet in 2021 a student group was investigated by the Office of Student Responsibility and Community Standards because it raised the question in a social media video, "What is a woman?" Why they weren't expelled remains a mystery.

So what do they teach in medical school? Surely no one wants to go to a doctor who doesn't know the difference between a man and a woman. I hate to get technical about this, but guys being treated for prostate cancer don't want to go to a gynecologist.

These textbooks are among the most widely used by medical students in the United States and abroad. Both clearly identify what a male and female are and what constitutes their biological status. Those who claim that there are sexes other than male and female find no support in these books. Here is what we found.

Both books make it clear that there are female bodies and male bodies, and that's it.  There is no special transgender body or any of the other pantheon of sexualities or gender identities.

Intersex is a real medical condition where an individual is born with irregular chromosome patterns, gonads, or genitals. In the wake of the passage of the Florida Parental Rights in Education law, left-wing activists and teachers quickly latched on to the notion that young children need to know about intersex because some of the students might have this anatomical anomaly. However, the textbooks did not offer a section on this category, so unusual is this condition.

In other words, those elites who are not sure what a woman is made the right decision not to pursue medicine. They would have flunked out of medical school.