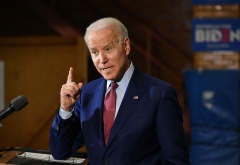 In May 2019, President Donald Trump spoke from the Rose Garden about the conscience rights of healthcare workers. He addressed the final new rules that his administration posited, strictures, he said, that will protect "physicians, pharmacists, nurses, teachers, students, and faith-based charities. Together, we are building a culture that cherishes the dignity and worth of human life."

Trump's new rules made it easier for those in the medical profession to refuse to participate in morally objectionable procedures, such as abortion and sex-transition surgery. On Nov. 8, 2019, when Trump first made mention of the final rules, I said, "Kudos to President Trump for affirming religious liberty and conscience rights."

Immediately, pro-abortion groups sued and their objections were sustained by the courts. However, there are still some two dozen federal rules on the books that provide protection for conscience rights.

President Biden is now set to rescind all the conscience rights protections afforded by Trump. His Department of Health and Human services, which is an ardent defender of abortion-on-demand, is leading the charge. It is expected to soon make public its agenda to eviscerate the First Amendment rights of religious doctors, nurses, and hospital staff who cannot in good conscience participate in death-inducing procedures, as well as other morally detestable acts.

The passion that Biden shows for killing unborn children is unparalleled. There have been pro-abortion zealots at the local and state level, and there are some in the Congress today, but never before in American history has there been a president more determined to force Catholic healthcare workers to violate their faith-based conscience. Our "devout Catholic" president wins first prize.