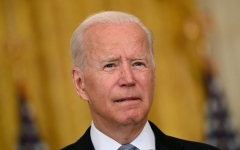 On March 8, the White House released a "Fact Sheet" celebrating the first anniversary of the administration's Gender Policy Council. What it chose to celebrate would not please many women.

There are 31 initiatives that the Biden Administration has undertaken on this subject, and many have little to do with women per se. Heralding an increase in the minimum wage is one thing; listing it as an example of championing the cause of women is quite another. More important, those executive orders or policies that speak exclusively to women are highly politicized: they speak only to a small subset of women. Worse, some are clearly anti-women.

Women who are married with children are almost completely ignored: only one of the 31 listings addresses them. Women who homeschool their children are totally ignored — they merit no commentary. Among those initiatives that target women, there are several on abortion and the growing smorgasbord of LGBTQI+ people, not all of whom are women, and not all of whom even exist.

Why are women who work at home not included in all but one of these 31 initiatives? Because from the very beginning of the feminist movement, they have not only been dismissed by activists; they have been treated with contempt.

The Biden team took their cues from the French feminist Simone de Beauvoir. A bisexual, whose favorite bed partner was Jean-Paul Sartre, she confessed in 1976 that "No woman should be authorized to stay home to raise her children. Women should not have that choice, because if there is such a choice, too many women will make that one."

Some of the policies touted by the Biden Administration cannot seriously be considered pro-women's rights; more accurately, they are anti-women.

Women's rights are not enhanced by denying them the right to compete exclusively against biological females in women's sports: they are retarded. Similarly, women's rights are negated when they are forced to give up their privacy rights when sharing shower facilities and locker rooms with naked men.

Yet this is what Biden wants. To be specific, the Equality Act, which would permit these negations of women's rights, is listed as a civil rights achievement in the document. So is the Equal Rights Amendment, which was killed by women, not men, decades ago.

The Biden Administration's idea of women's rights is as twisted as it is dishonest. Instead of only consulting radical feminists, gay activists, and other sexual engineers for advice, it would be so nice if they simply listened to what ordinary housewives and working moms have to say about their "liberating" schemes. Then they can seek out the + persons, whoever they are, for consultation.