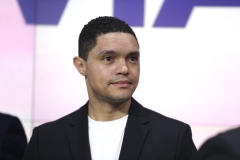 On Saturday, Comedy Central star Trevor Noah will host the White House Correspondents' Association Dinner. It says a lot about those in the White House and the media that they would pick such a bigot.

On two occasions in the past few years, we contacted his bosses at Viacom (and ViacomCBS), and he initially tapped his brakes, only to start up again with his attacks on Catholics. We all know that if he had said anything like this about any other demographic group, he would not have been invited. In fact, he wouldn't even have a job — he would have been fired long ago.

The following are quotes from the "Daily Show with Trevor Noah."

When Obama was president, they never would have allowed a white racist to host this event.