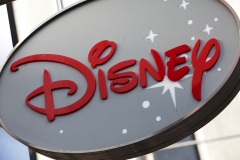 Featured is the outside of a Disney store. (Photo credit: In Pictures Ltd./Corbis via Getty Images)

Disney is apologizing left and right for what it says are its bigoted portrayals of many groups. It is also scrubbing its inventory clean of stereotypical depictions, offering disclaimers at the beginning of its movies. Yet its newly found sensitivity does not include Catholics, even though they have unquestionably been the most maligned of any demographic group.

Last year, Disney put disclaimers on several of its movies. "The Jungle Book" was said to perpetuate a stereotype of African Americans; "Peter Pan" was branded offensive to Indians; "Swiss Family Robinson" was criticized for depicting pirates as a "stereotypical foreign menace;" "Dumbo" was cast as racist; "Aladdin" was condemned for being anti-Arab; "The Aristocrats" were deemed anti-Asian because a cat played the piano with chopsticks; and "Lady and the Tramp" was pulled by Disney Plus for offering a "culturally insensitive portrayal of Italian-American chefs."

In February 2021, "The Muppet Show" was slammed for being racist. A warning was given to prospective viewers: the Muppet characters were designed to offer stereotypes of Native Americans, Arabs, and East Asians. "The program includes negative depictions and/or mistreatment of people or cultures. These stereotypes were wrong then and are wrong now."

In 1993, The Walt Disney Company bought Miramax, a leading movie distribution and production company, from Bob and Harvey Weinstein. The first attack on Catholics came that same year when Disney/Miramax released "Priest." It had so many negative depictions that not one of the five priests who starred in the movie was featured in a positive way. One of the priests had an affair with his housekeeper; another had sex with a male friend; one was a drunkard; the country priest was a madman; and the bishop was wicked.

In 1999, Disney and its distributor Miramax released "Dogma." The movie, which starred Ben Affleck and Matt Damon, was an irreverent look at Catholicism. It maintained that Joseph and Mary had sexual relations; Mary gave birth to a daughter who worked at an abortion clinic; God was played by Alanis Morissette; and a foul-mouthed 13th apostle was introduced.

Later in 2002, "The Magdalene Sisters" was rolled out. It was a lying, vicious depiction of nuns who worked with wayward young women in Ireland. Reports issued by the Irish government found a very different picture of these nuns than what this movie afforded.

The first attack on Catholics came two years later when ABC released "Nothing Sacred." It featured a priest who was at war with the Catholic Church's sexual ethics. He questioned whether God exits, refused to counsel against abortion in the confessional, and openly denounced the Church's teachings on abortion, contraception, homosexuality, and promiscuity, telling parishioners that he was tired of being a "sexual traffic cop."

In 1998, the same year "Nothing Sacred" crashed, ABC aired "That's Life" during Holy Week. It was one long assault on virtually every aspect of Catholicism. Worst of all was a vicious mockery of the suffering and death of Jesus. "Imagine the blood comes spurting out of [his vein] like a hose. I mean, whack, whack, whack…."

Bill Maher was the star of "Politically Incorrect," a show that bashed the Catholic Church on a regular basis beginning in 1999. Confession was mocked, the Immaculate Conception was the subject of vile remarks, Jesus was trashed, the Eucharist was demeaned, and priests were depicted as rapists.

We could fill a book with all the anti-Catholic comments made on "The View" over the years. The worst episodes took place in the 2000s, all with the blessings of Barbara Walters; she was both a co-producer and a panelist. Several mean-spirited women not only slandered priests with abandon, they ridiculed the Eucharist, subjected Baptism to scorn, mocked the Crucifixion, and said anti-Catholicism was justified.

"The Real O'Neals," which debuted in 2016, featured a stereotypical Irish-Catholic family that was inspired by veteran anti-Catholic bigot, Dan Savage. In the first two episodes, an overzealous mother is shown abusing statues of the Virgin Mary: one was used to stop her son from having sex; the other was placed above the toilet as a reminder to put down the seat.

In 2017, ABC aired its miniseries on the gay rights movement, "When We Rise." Its opening episode was an all-out assault on Catholics. The most vicious attack centered on a women's march in Boston. "We get beat up by the very cops that refuse to protect us," one character said, "in a city run by Catholic cops."

Anyone who thinks "Family Guy" is a family-friendly show ought to think again. In 2020, ABC ran three offensive episodes. One portrayed priests as molesters, one trashed the Eucharist, and the other mocked Baptism and Holy Communion.