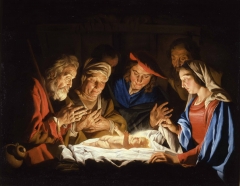 The Catholic League became the latest victim of cancel culture when education elites refused to run an ad with a pro-Christmas message. This is a story that should upset all Americans, not simply followers of the Catholic League. Everything that follows is documented.

In early September, I asked the policy staff to research the nation's leading elementary and secondary school publications and organizations. The goal was to send its subscribers and officials a short ad on the legal issues governing Christmas celebrations in the schools. By reaching a wide audience, it was hoped that we might persuade some in the education establishment to allow more Christmas events this year.

In late September, we sent the ad that I wrote to the marketing and advertising departments of Education Week, the National Association of Education, Scholastic magazine and the American School Board Journal. None of the four got back to us. Education Next offered us a spot in its quarterly publication, but that was not practical given our desire to affect decision-making in time for Christmas celebrations. One publication, Education Leadership, simply rejected the ad.

On Sept. 29, we received promising news from the American Association of School Superintendents and Administrators (AASA).

"The content of your E-blast is subject to AASA review and approval. We often have minor feedback once the team reviews, so I would anticipate a round or two of edits before the message deploys. We will ensure ample time to do so and we have never had an instance when E-blast was prevented from deploying on schedule."

I asked our director of communications, Mike McDonald, to contact the agent at AASA and ask whether we could pay the fee by credit card, and what the chances of it being accepted are.

The agent said "to pay via credit card, I will send you a payment link. As far as the ad goes, we only invoice when ads run, so yes, your ad has been approved and will not be rejected." (My italics.)

The ad was scheduled to be digitally distributed on Nov. 13. But on the afternoon of Nov. 6, we received the following email. "I am very sorry to share this news, but, per our Media Kit, AASA has rejected your ad for the DEDICATED EBLAST on November 13, 2020. I regret to share we are officially cancelling this contract for that reason." (All the emphasis is in the original.)

We asked our members in October to pay for the ad, which they did, anticipating its publication. I will explain to them in the December issue of Catalyst, our monthly (ten times a year) journal, what happened. The Catholic League has been officially cancelled by the public school establishment.

Having spent 20 years in education, teaching every grade from the second through graduate school, I am not shocked by the outcome. As I have said on many occasions, there is more free speech allowed in local pubs than there is on local college campuses.

The schools are quick to celebrate the alleged achievements of Muslims and so-called Indigenous peoples, but they want nothing to do with celebrations of Christians, and this certainly includes Christmas. So the censorship continues.