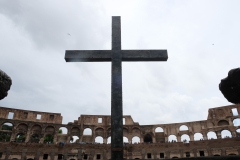 Most Americans pay no attention to events in Finland, but what happened Wednesday merits their attention. A Helsinki court dropped all charges against two notable Christians for their alleged crime of voicing Christian beliefs.

Thus did Finland elude charges that it has become a fascist nation. No matter, the fact that charges were brought against Christians for being Christian is evidence of the war on Christianity in the West.

This ordeal started in June 2019 when Finnish parliamentarian Päivi Räsänen and Lutheran Bishop Juhuna Pohjola were investigated for making Christian statements about marriage and sexuality that may have violated the law.

What triggered this case was an address that Räsänen made on Twitter questioning why the Lutheran Church leadership decided to be an official sponsor of the LGBT "Pride 2019" event.

An investigation followed and found that she had committed an earlier offense. In 2004, she wrote a pamphlet about marriage titled, "Male and Female He Created Them." The bishop was charged with publishing the booklet. A third charge against her was made after she appeared on a humorous radio talk show in 2019 to discuss the topic "What would Jesus think about homosexuals?"

Räsänen was charged with three counts of "ethnic agitation" under a hate speech law; it prohibits threatening, defaming, and insulting a certain group of people. Her crime? Articulating a Christian understanding of marriage and sexuality.

The prosecutor said the Bible was not on trial. He lied — it most certainly was. Even the judicial ruling said that "it is not for the district court to interpret biblical concepts."

The prosecutor never cited a single comment she made that could in any way be deemed hate speech. There were no slurs made against homosexuals, nor were there untoward remarks of any kind. His outrage was based solely on her willingness to offer a Biblical account of marriage and sexuality.

The prosecutor even admitted, in the words of Christian Network Europe's (CNE) court minutes, that Räsänen did not use "rude" language. But, he said, "she uses terms that are discriminatory and offensive. She portrays homosexuals as immoral and psychosexual[ly] broken."

What really irked the prosecutor were biblical declarations citing homosexual acts as sinful. Here is how CNE characterized comments made by the prosecutor in a court proceeding.

"According to the prosecutor, it is not innocent to say that homosexuality is a sin. On the contrary, it could be more serious saying that it is a sin than a crime (my italics)."

Perhaps the most morally offensive gambit tried by the prosecutor was the attempt to privatize freedom of religion.

"Everybody has the freedom of religion and belief. Everybody may believe and think what he wants," CNE reports the prosecutor as having suggested. "But expressing all this has boundaries."

Similarly, the "court does not address the religious views of the Bible and homosexuality. It is addressing the expression of these views," Evangelical Focus reports the prosecutor as having said.

So gracious of the prosecutor to say that everyone is free to "believe and think what he wants," in the words of CNE, something he is powerless to stop anyway. Moreover, to say someone can "believe and think what he wants" about the Bible, but is not free to express it, is a flagrant violation of freedom of speech and religion. Indeed, this is the mark of totalitarian regimes, not free societies.

"When one judges deeds," the prosecutor said, according to Evangelical Focus, "the whole person is judged. Actions cannot be separated from identity because actions are part of identity. Understanding deeds as sin is derogatory."

This would mean that those who condemn adultery are making derogatory comments and could therefore be prosecuted under the hate crimes law.

The media cheered this attack on freedom of speech and religion.

Helsingin Sanomat is the largest newspaper in Finland. It showed its fascist colors in 2021 when it weighed in against the defendants. In an editorial, it said the real issue was not "an individual personal opinion," rather it was "society's long lasting cruel position against sexual minorities." It noted that "just a little time ago such opinions represented the mainline view in society."

So how have things worked out in Finland, now that it is proudly free of its Christian heritage? Are people still getting married at the same rate as before? Not at all. There were 30,557 marriages in 2010; in 2020 the figure was 22,082.

But there are problems nonetheless. Gay travelers who like to prey on men in saunas should know that "there is only one explicitly gay sauna in Helsinki and overtures in traditional saunas will not go down well."

This is what happens when Christianity collapses: radical individualism reigns supreme, and with it come assaults on religion and the creation of a morally debased society.

The International Lutheran Church called the decision to prosecute Räsänen and Pohjola "egregious." Too bad it didn't say the same about the decision of the Finnish Lutheran Church to herald "Gay Pride" events, the proximate cause of this unseemly episode in the first place.