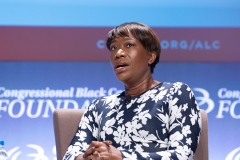 It has been chic for some time to say things about white people that if said about blacks would be branded racist. Now it is in vogue like never before.

The irony is that the racist comments are being said by those who consider themselves to be anti-racist. They are not — they are every bit as racist as George Wallace was. To top things off, many round out their bigotry by making anti-Christian and sexist remarks. In short, they have a special hatred of white Christian men.

Here are a few examples.

"White Christian nationalists may not physically attack the Capitol again, as on January 6. But the movement is assaulting the rights of atheists, racial and religious minorities, LGBTQ people, and many others with their extremist legislation." Nick Fish, president, American Atheists, Jan. 4, 2022

"They're white so-called Christian conservatives who feel like this country was built by them for them, and so everyone but them needs to suck it up and let them have their way or else." Joy Reid, MSNBC, Jan. 3, 2022

"Glenn Youngkin’s victory proves white ignorance is a powerful weapon," arguing that the "campaign discovered that this contingent of angry, willfully ignorant white people was the key ingredient needed to elect a GOP governor in Virginia for the first time since 2009." Ja'han Jones, MSNBC, Nov. 3 2021

"We have to stop demonizing people and realize the biggest terror threat in this country is white men, most of them radicalized to the right, and we have to start doing something about them. There is no travel ban on them. There is no ban — you know, they had the Muslim ban. There is no white-guy ban." Don Lemon, CNN, Oct. 25, 2021

"White Christianity is a Christianity that is based on the following: Jesus is white. Jesus privileges white culture and white supremacy, and the political aspirations of whiteness over and against everything else." Anthea Butler, Ph.D. Salon, Oct. 19, 2021

"Practically, we must reject what have, for too long, been three articles of our faith: that the Bible is a blueprint for a white Christian America; that Jesus, the son of God, is a white savior; and that the church is a sanctuary of white innocence. Most fundamentally, we must confess that whatever the personal sins of white people, in the past and present, they pale in comparison to the systemic ways we have built and blessed a society that reflects a conviction that, to us and to God, our lives matter more." Robert P. Jones, Ph.D. Time, September 2021

The fall of Afghanistan to the Taliban was "a true cautionary tale for the US, which has our own far religious right dreaming of a theocracy that would impose a particular brand of Christianity, drive women from the workforce and solely into childbirth, and control all politics." Joy Reid, MSNBC, Aug. 14, 2021

"All white people are at some level, at the unconscious level, connected to racism, its unavoidable. I think all men are sexist at some level. I think that’s absolutely the case." Marc Lamont Hill, Ph.D., Black News Tonight, Jul. 11, 2021

"This is the cost of talking to white people at all — the cost of your own life, as they suck you dry. There are no good apples out there. White people make my blood boil....I had fantasies of unloading a revolver into the head of any white person that got in my way, burying their body and wiping my bloody hands as I walked away relatively guiltless with a bounce in my step, like I did the world a favor." Dr. Aruna Khilanani, guest lecturer at Yale, June 4, 2021

"I will be exclusively providing one-on-one interviews with journalists of color....I have been struck...by the overwhelming whiteness and maleness of Chicago media outlets, editorial boards, the political press corps, and yes, the City Hall press corps specifically." Chicago Mayor Lori Lightfoot, May 19, 2021

Why do these people get away with making racist remarks? Because there is no penalty for doing so. In fact, what they are saying is music to the ears of the ruling class, which has become complicit in their racism.