How to Check Monkeypox, a 'Gay-Driven Disease' 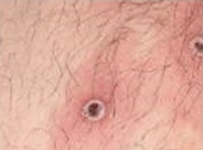 If we are going to stop the spread of monkeypox, we need to first admit that nature is not a social construct. It is a stubborn fact of life. It has never changed and never will. Nature's God has seen to that.

One of nature's most stubborn facts is the body's limited capacity for abuse. If we eat too much, drink too much, have too many cigarettes, drugs or sex partners, the body rebels. Promiscuity does bodily harm.

There are two segments of society most responsible for the spread of monkeypox: promiscuous homosexuals and elites in medicine.

If the elites in medicine—including those at the CDC and the World Health Organization (WHO)—were straight shooters and told it like it is, monkeypox would not be the problem that it is today. It does not help when the best that the head of WHO can say to homosexuals is that they need to reduce the number of their sexual partners "for the moment."

Tedros Adhanom Ghebreyesus, who is not a medical doctor, sounded a lot tougher discussing social distancing to combat Covid-19. In April, amid a drastic decrease in Covid hospitalizations and deaths, he warned that if social distancing norms were relaxed "too quickly, we risk a resurgence that could be even worse than our present situation."

Ever since we learned about monkeypox in mid-May, it has been painfully evident that too many leaders have pretended that "anyone can get monkeypox." While technically this is true, we've known from the beginning that in Europe and the United States that almost all those who have the disease are gay men.

What seems to be bothering gay activists and medical elites more than anything is the stigma attached to monkeypox. By contrast, we hear little about the extent to which it is behaviorally induced.

There are signs that a reality check is taking place. More stories are being published arguing that the government has not done enough to make vaccines available, thus raising questions whether the passivity is driven by an anti-gay animus.

But how could this be if the "anyone can get monkeypox" refrain is true? There's the rub. For there to be victim status, there must be a clear admission that monkeypox is a gay-driven disease.

On July 26, the New York Times reported that it was not until June 23 that New York City decided to offer the vaccine "to all men who had recently had sex with multiple or anonymous male sexual partners"; the federal government did so five days later.

By singling out this group, the elites finally acknowledged the truth: everyone does not have an equal chance of contracting monkeypox. It discriminates on the basis of behavior.

The Times story quoted a "transgender queer man" who tried unsuccessfully to get vaccinated a week before Pride Weekend. Did that affect his behavior? Not at all. "He hooked up with a few people, and about a week later, began to feel abdominal pain, swollen lymph nodes and body aches. Lesions spread across his body, and some made it excruciating to urinate."

A man who works for George Soros also opened up about his behavior during New York's Pride events.

He said he "had sex with several guys over the weekend." He got monkeypox.

Another gay man, who admitted that several of his friends came down with monkeypox after a weekend of partying in Fire Island in early June, was worried that more gays would contract it during the New York Pride festivities. He rightly assumed that after Pride weekend, "monkeypox cases would skyrocket to thousands."

Too bad these people didn't listen to reason.

On June 22, in an article titled, "Gay Role in Monkeypox is Serious," I said, "With 'Pride' festivities about to be launched over the last weekend in June, it is incumbent on government officials to warn the homosexuals of the necessity of practicing restraint."

They didn't. We now know what happened.