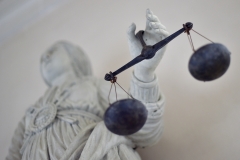 The hysterical reaction of pro-abortion politicians and activists to news that the Supreme Court may overturn Roe v. Wade is an index of just how passionate they are in making sure that unborn kids can be legally killed. Leading the charge is our "devout Catholic" president. Biden said that Roe "has been the law of the land for almost fifty years, and basic fairness and the stability of our law demand that it not be overturned."

Truth to tell, Biden has no respect for laws that have been on the books for a long time. He proved that by hailing the Obergefell v. Hodges decision that legalized same-sex marriage. Unsettling this "settled law" — which has been around since the beginning of the Republic — didn't bother him. So why the sudden interest in preserving a ruling that is much more recent?

House Speaker Nancy Pelosi and Senate Majority Leader Chuck Schumer issued a joint statement condemning those Justices who regard Roe to be wrongly decided. They said they "have lied to the U.S. Senate." They cited not a single lie. The truth is that they lied about the justices. In fact, from the very beginning, Roe has been based on lies.

Prior to the 1973 decision legalizing abortion, pro-abortion activists told the media that there were five thousand to ten thousand deaths a year owing to abortion. But it was a lie. We know it was a lie because the man who broadcasted about it at the time, Dr. Bernard Nathanson, a practicing abortionist and activist, later admitted that he lied. By the way, the actual number of women who died of an abortion the year before Roe was thirty-nine; the figure was published by the Centers for Disease Control.

The pro-abortion industry loves to say that prior to Roe, women were prosecuted all over the country for having an abortion. This is another lie.

The woman in Roe, Jane Roe (whose actual name is Norma McCorvey), was 21 when she became pregnant for the third time. She sought an abortion in Texas. But there was one problem: Texas did not allow for abortions except if the mother's life was endangered. So she lied. On the advice of her female lawyers, she said she was raped.

Supreme Court Justice Harry Blackmun wrote the decision in Roe arguing that "We need not resolve the difficult question of when life begins." This was a remarkable admission. Did he not understand that this question was central to this issue? The reason why this ruling has proven to be so controversial has everything to do with this question. Moreover, if Blackmun — or anyone else — is unsure when life begins, why not err on the side of caution? Why assume life is not present at conception?

In fact, well before 1973, there was scientific evidence that life begins at conception. Indeed, twenty years earlier, James Watson and Francis Crick discovered the structure of DNA, the very material that makes all of us unique human beings. It is present at fertilization — not a day later. Additionally, ultrasound technology was frequently being used when Roe was decided.

As important as anything, even distinguished pro-abortion jurists have slammed the decision in Roe for being without constitutional foundation.

Those who claim it is constitutionally sound are either ignorant or lying.

Harvard Law professors Archibald Cox, Alan Dershowitz, and Laurence Tribe have said the decision was fatally flawed. Even Supreme Court Justice Ruth Bader Ginsburg said it was lawmakers, not judges, who should decide this issue.

The New Republic, a staunch supporter of abortion rights, said at the time that it was not the provenance of the courts to rule on abortion. Washington Post columnist Richard Cohen, another advocate of abortion-on-demand, said that inventing a right to privacy was irresponsible.

"Whatever abortion may be," he said, "it cannot simply be a matter of privacy."

The biggest lie of all is the claim that abortion doesn't kill an innocent human being. The Catholic Church has been on the right side of science on this matter all along. We welcome others to the fold.