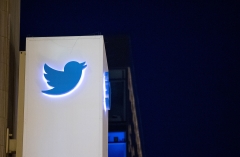 Technically speaking, censorship is something that only the government can do: it has the power to stop speech before it is uttered and prohibit the distribution of the written word. In a free society, such instances must be limited and well defined. For the most part, our society has done a pretty good job in ensuring freedom of speech.

Today we are faced with a cancel culture, a condition whereby some controversial ideas are being cancelled; in effect, they are being censored. But the censor is not government: it is the private sector. The social media corporations — Facebook, Google, Twitter — are the major culprits. These Silicon Valley behemoths are not interested in cancelling all controversial ideas, simply the ones they dislike.

The social media ruling class is not made up of liberals; they are leftists. That's the difference between a moderate (liberal) and a radical (leftist). As such, they don't believe in freedom of speech anymore than they believe in freedom of religion. To say they are a threat to our society is an understatement.

If it were the reverse — if speech that conservatives disliked was being cancelled by social media companies — it would be just as appalling. To be sure, the First Amendment provisions on speech and religion do not apply to the private sector; they are only limitations placed on the government. However, when the abuse of power exercised by private-sector titans is so overwhelming that legitimate views of a contrary nature cannot be expressed, then liberty is jeopardized. Facebook, Google, and Twitter need to be broken up by government. Meantime, I wish Elon Musk well.

The origins of the cancel culture are traceable to the campus, not Silicon Valley. The professoriate has long favored freedom of speech for some, but not for others. In other words, free speech for the Left, but none for conservatives.

Remember "Crossfire," the CNN show that featured nightly debates on current issues? It started with Tom Braden and Pat Buchanan, on the left and the right, respectively; Michael Kinsley and Robert Novak also hosted the show. Then there was "Hannity and Colmes" on Fox News. Neither exists anymore.

I mention this because I cut my teeth on these shows. When teaching at a college in Pittsburgh, I flew to D.C. on a regular basis to do "Crossfire," and when I came back home to New York in 1993 for this job, I continued to do the show. Three years later, Fox News was founded and I was a regular on many of the shows, including "Hannity and Colmes."

These types of shows did not die because of low ratings (a subsequent "Crossfire" was a flop, owing to attempts to tamp down the debates), but because liberals lost almost every round. If the Left was cleaning the clock of conservatives, the shows would still be on the air.

Before I left academia, the Intercollegiate Studies Institute arranged for me to debate scholars on a range of issues, in many colleges and universities. In some cases, students tried to shout me down. What was true then — it is even more true today — was the total absence of conservative students shouting down left-wing speakers. It never happens. It's always the Left that does the cancelling.

The Left is driven more by emotion and feelings than by reason: They are not persuaded by empirical evidence or logic. Yet they see themselves as creative thinkers. The good news is that while they may control the command centers in our culture, they don't own us — there is still an opportunity to push back. Most people have common sense, and more and more Americans are rallying to our side.

The Left knows that this analysis is true, which explains their penchant for censorship. They can't beat us in discourse, so their only weapon is to stop the discourse. They are a pitiful bunch.