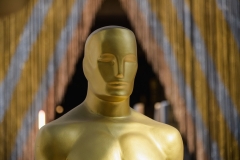 Featured is an Oscar statuette in the red carpet area ahead of the Oscars Award show. (Photo credit: ANGELA WEISS/AFP via Getty Images)

The Academy of Motion Picture Arts and Sciences has decided to institute "inclusion standards" governing eligibility for an Oscar, but not  for all demographic categories: people of faith are not included.

Below is my letter to the president of the Academy.

In 2024, the Academy of Motion Picture Arts and Sciences will institute inclusion standards for Oscar eligibility. Those standards are based on race, ethnicity, sex, those with disabilities, sexual orientation, and gender identity. Noticeably absent is any mention of religion.

The 1964 Civil Rights Act prohibited discrimination on the basis of race, color, religion, sex, and national origin; sexual orientation and gender identity were later added. Civil rights laws were also extended at a later date to those with disabilities, as well as veterans.

The Academy's criteria cover all of these categories save for religion and veteran status. Though I am a veteran, in my capacity as president of the nation's largest Catholic civil rights organization, I am particularly interested in why religion — one of the original categories cited in the 1964 Civil Rights Act — was not mentioned by the Academy.

The Academy is a private organization and is thus not bound by these civil rights laws, so there is no legal issue here. But there is an ethical issue. Why, if the Academy is adopting inclusion standards, did it exclude religion as one of its demographic categories?

It is no secret that Hollywood is a gay-friendly community. Nor is it a secret that it is not religion-friendly. Why, then, would the Academy demand that movie production companies do a better job hiring more "LBGTQ+ people" but not practicing Catholics and Protestants? Clearly the former are already overrepresented; the latter are not.

I would appreciate hearing your thoughts on this matter. Thank you for your consideration.

cc: Board of Governors