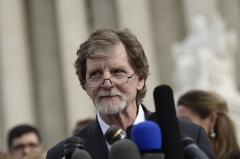 The clash between gay rights and the First Amendment rights of freedom of speech and freedom of religion has been occurring at record speed over the past decade. The latest iteration involves a Colorado-based web designer, Lorie Smith, who is making a preemptive strike against the Colorado Anti-Discrimination Act (CADA): it would require her to promote messages that run afoul of her religious convictions.

The Catholic League, represented by the Pittsburgh law firm of Gallagher Giancola, has filed an amicus brief supporting Smith in her quest to maintain her First Amendment rights.

This case resembles the Masterpiece Cakeshop case that the Supreme Court ruled on in 2018. In that case, Jack Phillips refused to make a wedding cake for two men, citing his religious objections to same-sex marriage. He did not deny gays from purchasing his baked goods; he simply would not agree to personally inscribe a wedding message for the two homosexuals.

Phillips won in the Supreme Court, but the ruling was narrowly drawn. He won because the high court said that the Colorado Civil Rights Commission, which sat in judgment of this case, made bigoted anti-Christian comments about him, thus compromising their decision. The big issue remains: Can a person who has religious reasons for not being complicit in affirming gay marriage prevail in the courts?

Smith, like Phillips, has never refused to service homosexual individuals. She draws the line, however, when she is forced to express a message that runs counter to her Christian beliefs. She filed a lawsuit to stop the state from forcing her to provide web services celebrating gay weddings, citing her First Amendment rights of free speech and religious liberty.

"When religious liberty concerns are coupled with free expression," our friend-of-the court brief says, "the Constitution demands the most exacting scrutiny. That is because the First Amendment, as understood from the Founding, provides special protection for the religious, their right to speak freely, and their right to refrain from speaking."

Secular critics who side with the gay lobby argue that there is a difference between religious beliefs and religious conduct. Nonsense. Beliefs and speech mean little if they are restricted from being acted upon in a legitimate fashion.

"By including a full and robust 'free exercise of religion' within the First Amendment," our lawyers contend, "the Founders understood that they were protecting not only the right for the religious to believe what their faith taught, but to put those beliefs into action. To conclude otherwise would be to 'trivialize the idea of religion by separating thought from life, faith from works.'"

Freedom of speech and freedom of religion are not absolutes, but infringements upon them must clear a high bar. They must be presumptively honored: challenges to them carry a very heavy burden.

We look forward to oral arguments in the fall and a decision around this time in 2023.