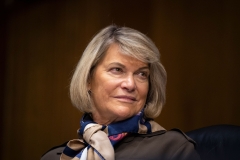 There are only two sexes: male or female.

I said this to the graduating class at Ave Maria Law School on Saturday and my comments were well received. The next day, Wyoming Republican Sen. Cynthia Lummis spoke to the graduates at the University of Wyoming and she said the same thing. She was booed and later apologized for "disrespecting" people.

Sen. Lummis should never have apologized. She told the truth.

We will never beat those who deny the existence of nature, and nature's God — which is what this madness is all about — if we yield to ideological maniacs who refuse to acknowledge the existence of truth.

To read my commencement address (which was given extemporaneously), click here or watch below. Those who prefer to live in a state of denial may need to have some pain killers on hand.