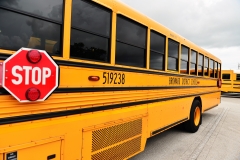 The waiting list to get into charter schools is considerable in most cities. Many on the list are non-white. They want an alternative to the public schools. Why? For the same reason that rich people do: the public schools are unsatisfactory, and in many cases they are positively dreadful. But unlike the rich, most minority parents cannot afford to send their children to private schools.

Enrollment at Catholic schools during the pandemic is down overall, though there are many important exceptions. Many low-income parents, and those who are out of work, cannot pay the tuition. A report by the National Catholic Educational Association (NCEA) found that "Disadvantaged communities have been particularly affected by recent closures [of Catholic schools] with more than half of the closed schools located in low-income urban areas."

However, there are some places where Catholic enrollment has surged—Boston and Cleveland are just two cities that have witnessed an uptick. The NCEA study found that "In 2020, nearly 40% of Catholic schools report that they have a waiting list for students—an increase of more than 11 percentage points from 2019." The increase is due to the failure of the public schools to open. That there has been no outbreak of COVID cases in these Catholic schools is undeniable.

One might think that those educators who are truly interested in quality education for black and brown students might be promoting charter schools and school choice. But few are. One of the most striking attacks on charter, Catholic, and Christian schools was published on April 12 in USA Today by Derek W. Black and Rebecca Holcombe; he teaches law at the University of South Carolina and she is the former Vermont Secretary of Education.

They call for an end to charter schools and to school-choice programs. In doing so, they are consigning minority students to dead-end schools, the effect of which is to increase racial inequities. If someone were to devise a policy to punish the poor—to deny upward social mobility for Hispanics and African Americans—they could not suggest a better way to do so.

Public school advocates have always been worried, if not terrified, of competition. Their number-one goal has always been to create a total public-school monopoly, even if it means discriminating against minorities.

Black and Holcombe complain that some Christian schools adopt textbooks that advance "anti-science and white-centric ideology." Their resort to racist labeling is invidious, but this is what we have come to expect from those who want to indoctrinate students in critical race theory; it is now the norm in California.

These educators are exercised about a Christian textbook that allegedly teaches that "dinosaurs and humans lived together." They should instead worry about the California curriculum that teaches that Jews are "gaining racial privilege."

Similarly, Black and Holcombe fret over a Catholic school whose website says faith "is weaved into every aspect of life" at school. It is a sure bet that they are not perturbed by public schools that tell young boys and girls that they can switch their sex. Nor are they likely to object to public schools that weave racism into every part of the curriculum, including math.

If we were sincere about helping minority students, we would promote more charter schools and fund more school-choice initiatives, the exact opposite of what these two sages recommend.