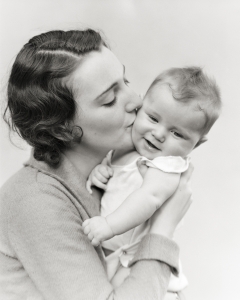 Jewish abortion advocates and their confederates have reconstructed Judaism into their image of a baby killing cult deserving constitutional protections. This deceit provides cover for scurrilous charges of anti-semitism and racism targeted at Christian pro-life activists and educators, and in legal challenges to life saving legislation. Notable are Audrey Clare Farley’s “The Anti-Abortion Movement Is More Conspiracy-Addled Than Ever,” (The New Republic, December 13, 2022), a tweet posted by AOC on December 20, 2022, "So many faiths’ like Judaism permit abortion, so shut up, theocratic ‘fundamentalist Christians, and the legal challenge to Indiana's SB1 by Hossier Jews for Choice. These attacks are dangerous and indefensible, and must be repudiated.

Christian pro-lifers are not anti-Jewish. Instead, they want to save unborn Jewish babies from torture and death. They are not racist, pointing out that abortion profiteers disproportionately target babies of color for destruction. During my 16 years as founder and president of the Jewish Pro-Life Foundation, I have found that Christian prolifers cherish and embrace Jewish tradition and its focus on protecting innocent life. They welcome Jewish allies because they know from reading their Bible that Judaism (the faith tradition in which Jesus was raised) was the first religion in human history to sanctify human life and to prohibit child sacrifice. Thousands of years later, Jewish teachings still provide both the cultural and theological foundations for protecting innocent human life in the womb; prolife principles upon which people of faith believe and depend.

The fountainhead is Genesis 9:6-7, which the rabbis elaborate upon as forbidding abortions to be performed by both Jews and gentiles. “He who spills the blood of man within man shall have his blood spilt, for in the image of G-d, He made man. And you, be fruitful, and multiply on the earth, and increase upon it.”

Rabbinic consensus in the Talmud interpreted "the blood of man within man” to be a growing human being in the womb of its mother. The penalty of having ‘his blood spilt’ is death by the hands of Heaven. Judaism prohibits destroying the life of innocent children in the womb, permitting it (not requiring it, as some falsely claim) only in very rare cases where the pregnancy threatens the mother's physical life. Today, this situation occurs in less than 1% of cases. Every pro-life law includes this exception. This fact invalidates the claim that legal protections for unborn citizens threaten Jewish religious practice. Judaism believes every life is precious and that God has a plan for each of us. Every person has value from conception to natural death.

Frequent biblical references acknowledging the humanity of pre-born babies and their vital role in Jewish posterity occur throughout the Jewish bible. So, too, do references that forbid destroying unborn children. God told Adam and Eve to be fruitful and multiply. (Genesis 1:28). God told Jeremiah that he knew him in the womb and weaved him to be a prophet to the people. (Jeremiah 1:5). God commanded do not sacrifice your children to Moloch. (Leviticus 18:21). God directed us to choose life. (Deuteronomy 30:19).

Many rabbinic prohibitions against abortion can be found in “Marital Relations, Birth Control, and Abortion in Jewish Law,” by Rabbi David Feldman (copyright 1987). Rabbi Feldman points out that both Judaism and Christianity forbid abortion for economic reasons. Most abortions today are done for that very reason, or used as birth control to avoid parental responsibility. Many women are pressured to use abortion against their natural instincts and will. This grave situation is all the more reason for a Jewish/Christian alliance to protect children and their mothers. We stand with our Christian brothers and sisters in defending life.

Life saving modern medical treatments and abundant help during pregnancy and after birth are available to women and families today. To insist that Jewish women will die because they lack access to legal child killing contradicts the reality that more Jewish lives are at risk from abortion than from laws that protect the lives of unborn children and safeguard the beauty of a mom giving birth to her child.

Aggressive attacks from Jewish abortion crusaders incite violence toward all Jews, not just those in their mother's womb. We strongly denounce irresponsible rhetoric coming from anti-semitic, racist abortion promoters who secretly celebrate every time a minority baby perishes. Jews and people of color must stop perpetuating generational genocide. They must stand for life.

Our matriarch, Rachel, suffered hard travail when giving birth to Benjamin. Rather than having her son killed to save her own life, she gave him life. By choosing life, she gave us life. We are obligated to do the same.

“Do what is right and just; rescue the wronged from their oppressors; do nothing wrong or violent to the stranger, orphan or widow; don’t shed innocent blood in this place.” (Jeremiah 22:3).

Any Jew who suffers after an abortion experience is welcome to attend our healing program, Tikvat Rachel. May there be abundant peace from Heaven, and good life upon us and upon all Israel. Amen.