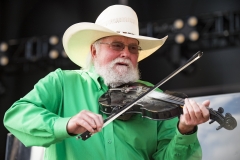 What happened to George Floyd at the hands of a Minneapolis policeman recently cannot be explained away by emotions, feelings, nor necessity. It is a flagrant and careless violation of the basic code of all policemen to protect and serve.

I don’t believe that placing one’s knee on the neck of an already subdued man can be found in any police training manual anywhere.

Also culpable are the other policemen who stood by without putting an end to the obvious deadly overuse of force.

A scary parallel is the case of Eric Garner, who died as the result of a choke hold administered by a New York City police officer.

Other cases could be cited, some valid, some exaggerated, some political footballs kept in play by an “If it bleeds, it leads”-oriented media.

It should be noted that the vast majority of our law enforcement officers do not fall into the category of these few despicable individuals, and the good ones do their job and do it well, “to serve and protect.”

But the rock-solid fact remains that one is too many, that excessive use of force cannot be tolerated, and enabling an incompetent person to use it by pinning a badge on them is a slam and a stain on the thousands of decent men and women who put their lives between us and the jungle every day.

True leaders do not pass the buck, do not blame their problems on other people and sets of circumstances. A true leader adopts the old Harry Truman slogan, “the buck stops here.”

When something like this happens, if the victim is a member of a minority, the first play of a faux leader is always the race card.

Not “why was this officer on the street in the first place?” “Why didn’t his immediate superiors know from his record that he was a problem and pull him out of pressure situations?” “The record of other questionable actions was there; why was it not acted upon?”

And from there, the responsibility works its way up the food chain, all the way to the pinnacle.

The best analogy for me, since I’m in the music business, is if I hire a drummer who drags, rushes, and can’t keep a beat, the blame falls on my shoulders. Not my manager, not the person who recommended him for the job, but me, and it’s up to me to rectify the situation.

The same is true with governors, mayors, police chiefs, precinct captains, and all others who don the mantle of responsibility.

It is neither helpful nor productive to start pointing fingers and dredging up old injustices to blame a situation on. The people voted you into office to rectify such injustice, not to play the blame game or teach history.

Every election, for the past half-century, politicians stand up and tell the voters what they are capable of doing, how they will change the business as usual graft and corruption, and balance the scales of justice for minorities and underdogs.

They claim to have the ability and courage to bring about real social and political change, they have the answer to leveling the playing field, they will be the champions of the forgotten man, they have the strength and integrity to procure true liberty and justice for all.

And then, the first thing they say when faced with a difficult situation is “it ain’t my fault” and blame “400 years of racism in America.”

The same politicians have been promising the same things for decades and keep getting elected with the same old lies.

Until America starts electing leaders who are willing to take responsibility for their own actions and the actions of those under their command, there will never be street-level justice in America.

Don’t give your vote to some jaded old charlatan or attractive young firebrand with skin-deep abilities and commitments.

Pray for our troops, our police and the peace of Jerusalem.