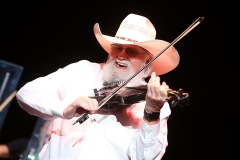 If it were not such a serious time and sordid subject, what is happening in some states committed to having sanctuary cities, would actually be humorous. But considering the somber events of the last few months, we’ll just call it ironic.

The governors of the aforementioned states have been adamant to the point of arrogance about their breaking established federal law in giving refuge to illegal aliens, not only refusing to cooperate with federal agencies tasked to seek out and deport illegals, but defying the very existence of ICE with many of their citizens calling for its disbandment.

That was then, this is now and the belligerent rhetoric of defiance changed into:

“I need more masks and gloves.”

And that now has morphed into

“I need a massive federal bailout.”

Well, Gov. Cuomo and the rest of you spendthrift politicians who have drained your state employees’ pension fund to total insolvency for social programs to buy votes, invested in failed “pie in the sky” alternative energy fantasies, and, who have for decades tried to tax your way out of fiscal problems to the point of a mass exit of affluent and middle class who make up a major part of your tax base, I say, this is a bridge too far.

Bailing you out would be like trying to turn off a fire hose with a pair of tweezers, because without mammoth cuts in your social programs and a complete overhaul of your disastrous fiscal policies you would be right back in the same bankrupt condition next year, and the next and the next.

And that kind of change just isn’t in your DNA.

And in your own personal case, Gov. Cuomo, I would be very surprised if you don’t find yourself in a long series of lawsuits for the downright stupid action of forcing known COVID-19 infected patients into nursing homes with the uninfected seniors and the catastrophic results.

And your comment on your sick action “older people" "are going to die.”

Sure, many older people are going to die when they are exposed to the coronavirus and as an old person myself -- at the age of 83 -- I’m thankful that I am not exposed to your calloused attitude.

And all this while you had thousands of empty beds at the converted Javits Center and aboard the U.S.S. Comfort.

Why should the solvent states of America who practice fiscal responsibility and budget management pay for your blatant mismanagement of the exorbitant taxes the working people of your state pay?

Why should we bail you out to the detriment of the taxpayers of our responsible states? Why should we give up our own infrastructure and maintenance programs, the stability of our state workers’ pension fund, aid to our needy people, and the solidity and security of our state treasury to see the money poured down the black hole of states that refuse to manage their own affairs?

And a little cowboy logic advice, if you don’t stop trying to be little tin-pot dictators and start opening up your states, you ain’t ever gonna roll again.

Any congressman or senator from the state of Tennessee who votes for a bailout package for states who cannot abide by the same laws as the rest of the United States of America or a piece of legislation that pays people to stay at home because they can make more unemployed than employed or pays benefits to non-citizens of this country will never get my vote again.

You’ve got to kick the gluttons out of the nest sometime, it may as well be now.