Why Elon Musk Must Say No to Russia 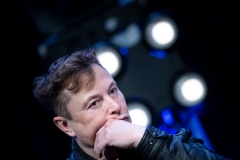 Elon Musk, founder of SpaceX, listens to a question during the Satellite 2020 at the Washington Convention Center. (Photo credit: BRENDAN SMIALOWSKI/AFP via Getty Images)

No stranger to getting in bed with U.S. geopolitical adversaries, it looks like Musk may have a new controversial partnership in his crosshairs: Russia.

In a recent webinar Q&A for Kremlin students, Musk was asked if he had plans to expand his empire to Russia. The Tesla and SpaceX boss answered in the affirmative, saying that he thinks they are “close” to establishing a presence in the country.

Just how far does Musk have to stray before the U.S. starts to place some sort of legal boundaries on him?

It’s no secret that U.S.-Russian relations have not been the best in the last 50 years. From the Cold War to the more recent planting of spies within the U.S., Russia and Putin alike have not proven themselves to have the best interests of the U.S. at heart.

Musk choosing to establish a presence in the country could prove problematic for U.S. officials, which are already hot on his tail for tying himself so closely to China during this turbulent time in U.S.-China relations.

The tech billionaire has spent the last few years forming a close relationship with communist China. He has moved more of his operations to the People’s Republic while securing over $1 billion in loans from the country.

In response, one Republican political operative asked the Washington Examiner, “What is there to stop [China] from going to Musk directly and saying, ‘We’ll call your line of credit early, unless you give us X, Y, or Z?'” Since Chinese law mandates that businesses work in tandem with the government upon the state’s request, this is a fair and important question to ask. Musk’s SpaceX works with the Department of Defense and NASA. Just how sure is the U.S. about the safety of the national security and governmental materials that are in his hands?  Even if Musk would deny China’s requests, the assets of the company, including privileged data, could be seized.

Now, Musk is doubling down by looking to get in bed with Russia at a time when Moscow is similarly working to undercut U.S. interests. As explained by Heritage Foundation researcher Alexis Mrachek at Newsweek:

Moscow is a hacking superpower—arguably the best in the world. And Russian hackers clearly have their sights set on the U.S.…Last December, the U.S. government suffered multiple data breaches due to Moscow's hacking of SolarWinds software—an attack NPR described as "a master class in novel hacking techniques." And just this month, Washington revealed that hackers working for Russia's Foreign Intelligence Service "are actively exploiting five known vulnerabilities to target U.S. companies and the defense-industrial base.”

While the rest of the country expresses concern about China and Russia’s growing attacks on the U.S., Musk says that “China rocks,” slams America for being full of entitlement, and entertains the idea of working in Russia at some point in the future. This may make business sense for one of the richest people in the world, but it does not make any sense from the standpoint of U.S. national security.

Does the Biden regime have the backbone to reign in people with more money than most nations, or will the United States continue pandering to the ultra-elite who are now putting profits before country, and personal gain ahead of international decency?

Christopher Smithmyer is an adjunct professor of MBA business at Doane University. Smithmyer’s research focuses on the history of U.S.-Russia relations and its potential impact.