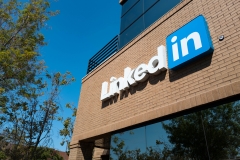 A friend of mine, Cheryl Chumley, who is a well-respected conservative journalist and political commentator for a national and trustworthy news source, was recently censored on LinkedIn for one of her postings that didn’t stick to the status quo.

Her political commentary in the Washington Times, discussing Democrats' abuse of executive orders, struck a nerve with a reader with whom she wasn’t even connected (the reader was a connection of a connection), but this reader nonetheless lodged a complaint with LinkedIn.

LinkedIn apparently sided with this reader and Mrs. Chumley was soon after restricted from using her account for the sole reason it was created: to promote and share her professional work. And here’s the frustrating kicker: LinkedIn has yet to explain why the account was restricted or what it would take to lift the restriction!

Now, Linkedin is a private corporation and has the right to associate or not associate with whom they please, but if it continues the practice of shutting down conservative thought because it finds intellectualism offensive, it won’t have many customers left. Moreover, the piece she posted on LinkedIn had already been published by the Times. If it met the standards of the venerable Times, how could it then be censored by LinkedIn?

The censorship of conservatives is not a new concept, nor is it complex. When members of the left hear, see, smell, or sense anything that might remotely contrast or challenge their opinions, regardless of whether or not it involves them personally, they take it as an immediate attack, and quickly construct a wall to keep out any invasive conservative rhetoric.

What is it about conservative thought that scares collectivists so much? Is it simply that, deep down, they know our ideas are better than their ideas? And that makes some of them feel inadequate, insecure, even puny?

We all know that American conservatism is grounded in intellectualism while American liberalism is based on emotion and anti-intellectualism. The quest for the expansion of freedom has always caused one to think while the desire to rule others has always caused one to emote. Using freedom to solve our problems requires a discipline of thought, but coming up with another tax, another bureaucracy another law is simply a shallow and knee jerk exercise. Many collectivists are light, emotional people, given to outbursts of violence precisely because they love the abuses of power over others.

LinkedIn is run by such supine, one-dimensional, collectivist characters.

Barry Goldwater first made popular the term “liberal media bias” in his 1964 campaign for the Republican presidential nomination when the journalists covering his campaign were blatantly infusing their reporting with a left-leaning tilt, all the while claiming to be neutral third-party reporters of the facts. Goldwater's message of dismantling the socialist New Deal and beating back communism resonated with Americans—but the media didn’t make it out to be that way, and Goldwater ultimately was defeated by Lyndon B. Johnson.

Liberals only want to hear what they want to hear, and data proves it. According to public policy think tank Brookings Institute, a 2014 analysis of a data set consisting of 10.1 million U.S. Facebook users demonstrated that "liberal users are less likely than their conservative counterparts to get exposed to news content that oppose their political views.” Brookings also found via Yahoo! search queries that the “more right-leaning a query it is, the more negative sentiments can be found in its search results.”

Cheryl is a courageous warrior, an intellectual, a conservative because she thinks and because she writes. She will not stop expressing herself, but the stifling from platforms such as LinkedIn is an infantile censorship of conservative intellectualism that speaks volumes about her---and about them.

Craig Shirley is the author of four bestselling books Ronald Reagan's campaigns, including "Reagan Rising: The Decisive Years, 1976-1980," out March 21, 2017. He is also the author of the New York Times bestseller, "December 1941," and is the president of Shirley & Banister Public Affairs.