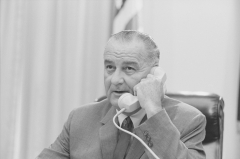 Father’s Day 2022 saw an outpouring of informative videos, reports, and commentaries, the likes of which I have never witnessed before.

Prager U personality Amala Ekpunobi did a video revealing the United States has the highest rate of fatherlessness of any country in the world – a stunning 23% of American children live in single-parent homes.

The Institute for Family Studies released a report that concludes boys raised in female-headed households are “particularly at risk for adverse outcomes across many domains, including high school dropout, criminality, and violence.”

My personal favorite was the photograph of a father in a maternity ward, fervently praying over his newborn baby boy. The image reportedly took the Internet by storm.

So how do we explain America’s failure to assure the involvement of fathers in their children’s lives? Analyst Robert Franklin reveals the cascade of father-removing policies that begins the day a woman files for divorce:

In addition, domestic violence training programs routinely depict the father as the abuser, when in truth, the majority of partner violence cases involve the woman as perpetrator and the man as victim. Likewise, the Department of Health and Human Services reveals that the majority of perpetrators of child abuse and neglect are women (Table 5.3). But powerful interest groups don’t want you to hear about these inconvenient truths.

If we want to fix this deplorable situation, we need to identify the cause. And that cause is Marxist ideology. Writing in "The Origin of the Family, Private Property, and the State," Marxist Frederick Engels made a bizarre claim about the “world-historic defeat of the female sex” that arose as a result of women living in capitalistic societies and within the nuclear family structure.

At the 1918 First All-Russia Congress of Working Women, Vladimir Lenin played on women’s sense of grievance to goad them into revolutionary activism: “The status of women up to now has been compared to that of a slave; women have been tied to the home, and only socialism can save them from this.”

Ironically, Marxism soon began to exploit the labor of the very women it claimed to liberate by sending them to toil in the fields. Chairman Mao Tse Tung admitted, “Many co-operatives are finding themselves short of labor. It has become necessary to arouse the great mass of women who did not work in the fields before to take their place on the labor front.”

But reality didn’t deter American feminists from carrying forward the Marxist torch. First, they took the Marxist term for members of Russian Orthodox clergy – “patriarch” – and turned it in a pejorative for fatherhood. How many times have you heard the derogatory expression, “patriarchal oppression”? Never mind that feminists are unable to define the words or provide proof of its existence.

The watershed event occurred in 1964 when President Lyndon Johnson signed the Great Society bill into law. The act instructed the Aid to Families with Dependent Children program to launch its infamous "man-out-of-the-house" rule that withheld benefits if the father resided in the home. And low-income women were more than willing to go along with the scheme.

With dispirited fathers now out of the picture, feminists set out to undermine the family structure itself:

The purge continues to the present time. In March, President Biden approved Kayden’s Law, which makes it easier to mothers to falsely accuse fathers of abuse, allowing moms to gain sole custody of their children.

At long last, Americans are seeing through the feminist myths and recognizing the “unstoppable conflagration” of social pathologies that Marxist ideology has foisted upon us. America’s epidemic of fatherlessness didn’t happen because dads decided en masse to abandon their families. Rather, it happened by design.