You've Heard About CRT. But What About Critical Feminist Theory? 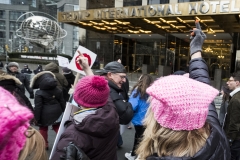 Professor Glynn Custred of California State University recently penned an astute analysis of the insidious expansion of Marxist ideology in Western society. Recognizing the failure of traditional Marxism-Leninism to explain the growth of the middle class, the Marxist principles were recast in the 1930s into what became known as the “Frankfurt School.”

The Frankfurt School relied on the philosophy of “Critical Theory,” which held that societies, cultures, and civilizations are merely social constructs, “all of which could be reconstructed with the right strategies,” Custred explains.

Critical theory soon gave rise to critical race theory. The tenets of CRT have been exposed as canceling the most basic principles of equal treatment under the law.

But how many persons are aware of its gender counterpart, Critical feminist theory? Brandi Geisinger of Iowa State University has expounded upon the tenets of CFT:

Such statements gainsay the widely held belief that feminism is working for the utopian goal of “gender equality.” In reality, feminism has very little to do with promoting equality of the sexes, as revealed by the federal Violence Against Women Act. Anyone who has been following the riveting Johnny Depp-Amber Heard trial knows that female-initiated partner violence is a major problem in our society. Indeed, the Centers for Disease Control reports that each year, 4.2 million men, compared to 3.5 million women, are victims of domestic violence.

Three personal experiences confirm this to be true:

Should I also mention that International Women’s Day was created as a national holiday by Soviet Russia back in 1917?

A recent article recounts the infiltration of “gender” concepts into the elementary school curriculum in Evanston, Ill. It began in 2019 when Illinois Governor J.B. Pritzker signed a law requiring school districts to integrate LGBTQ+ history into school curricula. One lesson plan for 4th graders features this ideological word salad:

"So is it with men controlling systems and government and messages about women being dumb, weak, and inferior being a result," "Because [b]lack women cannot separate being [b]lack from being a woman or their intersectionality, they experience something like a double oppression. The guiding principle of [the lesson] encourages the building of women-centered spaces where women, especially [b]lack women, can have freedom from messages that they are dumb, weak, and inferior."

This rant confirms the views of columnist Lyndia Lovric, who wrote, “One of the biggest lies perpetuated by modern-day feminists is the contention that feminism is about equality. Feminists aren't interested in equality. What they want is revenge.”

Kate Weigand, author of "Red Feminism," reveals the real feminist agenda: “This book provides evidence to support the belief that at least some Communists regarded the subversion of the gender system as an integral part of the larger fight to overturn capitalism.”

Celebrate women, negatively stereotype men, and overturn capitalism. It’s all part of the CFT agenda. And for most persons, it continues to fly pretty much under the radar.